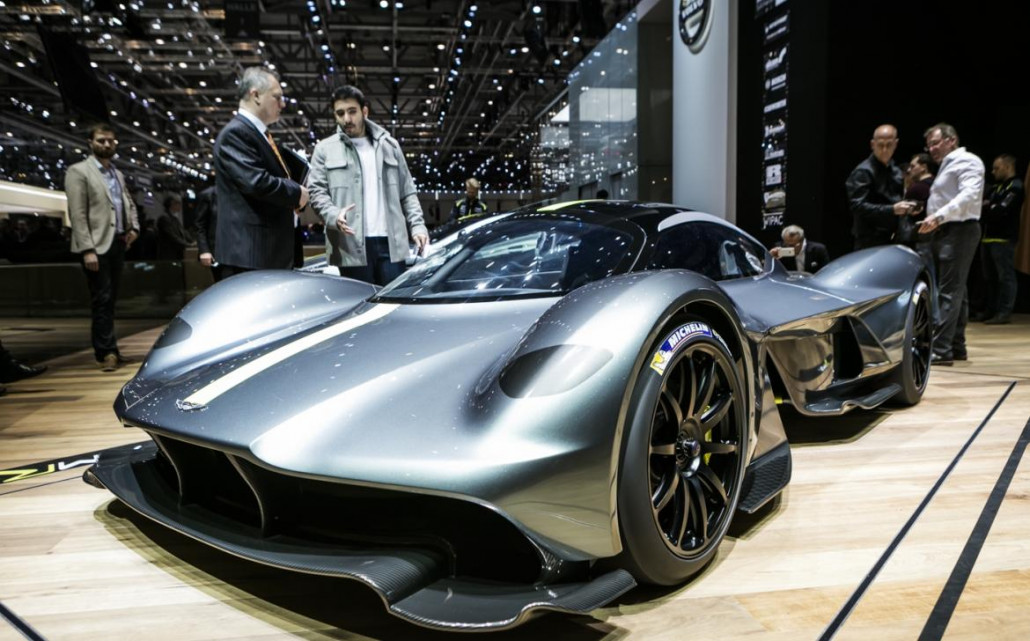 The Aston Martin Valkyrie was recently unveiled to the public and is set to become one of the most exciting car launches in recent years.

Its Red Bull-developed aerodynamics and V12 hybrid powertrain will deliver such an extreme level of performance, it is leaving many already asking whether Aston Martin will ever surpass this benchmark. According to Aston Martin CEO Andy Palmer, the answer is “maybe”.

“I won’t say it’s impossible, but it’s not possible in the next five or 10 years,” Palmer says of what has been described as a 1,000-horsepower race car for the road. “You’re going to need a revolution in materials technology or engine dynamics or aerodynamics before you could go further.

"That’s what [F1 designer] Adrian Newey is doing, he’s pushing everything he knows about Formula 1, which is already the pinnacle of automotive technology and he’s putting all of it into the Valkyrie.”

While the Valkyrie will incorporate Formula One racing technology, it isn’t being fitted with an F1 engine – unlike the mighty Mercedes-AMG Project One, another stunning hypercar that will debut at the Frankfurt Auto Show in September.

A total of 275 Project One hypercars will be built compared to just 150 examples of the Valkyrie. But while there are still several unallocated Project Ones, demand for the Valkyrie has been unprecedented.

“There were over 600 requests for the car. It’s a nice problem to have,” says Palmer, before explaining that producing more than 150 units would ruin the prestige of owning one. “We worried about going beyond 150 because we have to balance exclusivity versus profitability, if you like."

One thing is certain, considering the standard that the Valkyrie and Project One is setting for hybrid hypercars, it blows the mind to imagine what manufacturers could achieve in the future.

All 150 units of the Aston Martin Valkyrie will be priced at $5 million.