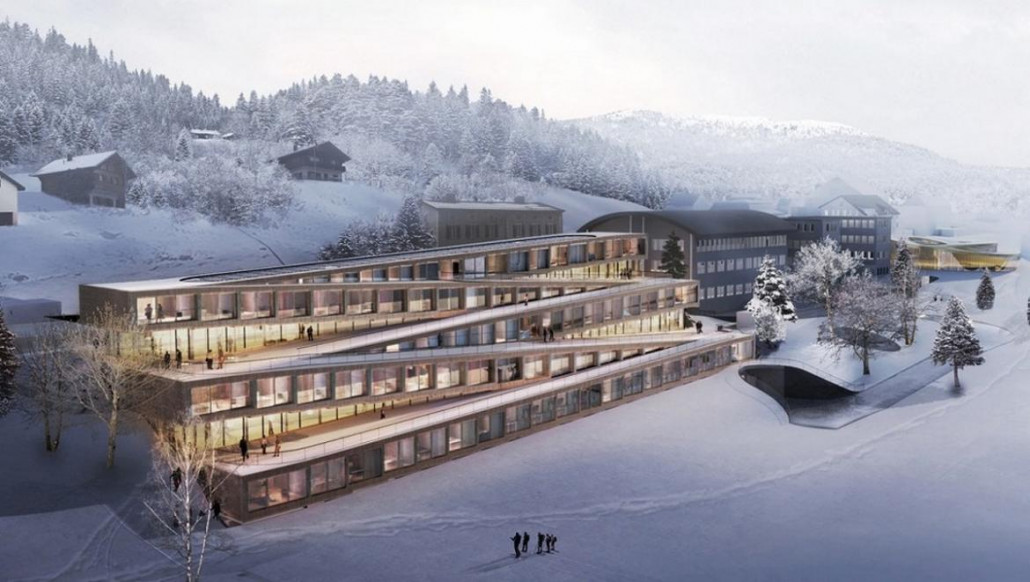 It has become common to see luxury brands venturing into the domain of high-end hotels in recent years, but never before have we seen a big name from the horology world do so.

That is until now. Historical Swiss watchmaker Audemars Piguet has teamed up with the renowned Bjarke Ingels Group (BIG) to design a hotel for them in Switzerland – and now some teaser images of the project have been released.

The most eye-catching elements of the Audemars Piguet Hotel des Horlogers are the zig zagging room slabs that give the hotel a somewhat surreal look.

The effect of this design style is that each level of the hotel appears to be tilted off base with the rooms reducing in size towards the ends – with the sloping floors providing a clever nod to the surrounding ski slopes.

Once open, the hotel will boast two restaurants, a bar, a spa and a conference centre which will be positioned under the sloping slabs in a way that orients the spaces towards the light and makes them accessible from the exterior of the building.

Construction on the hotel has already begun and according to its creators is expected to be completed sometime in 2020.