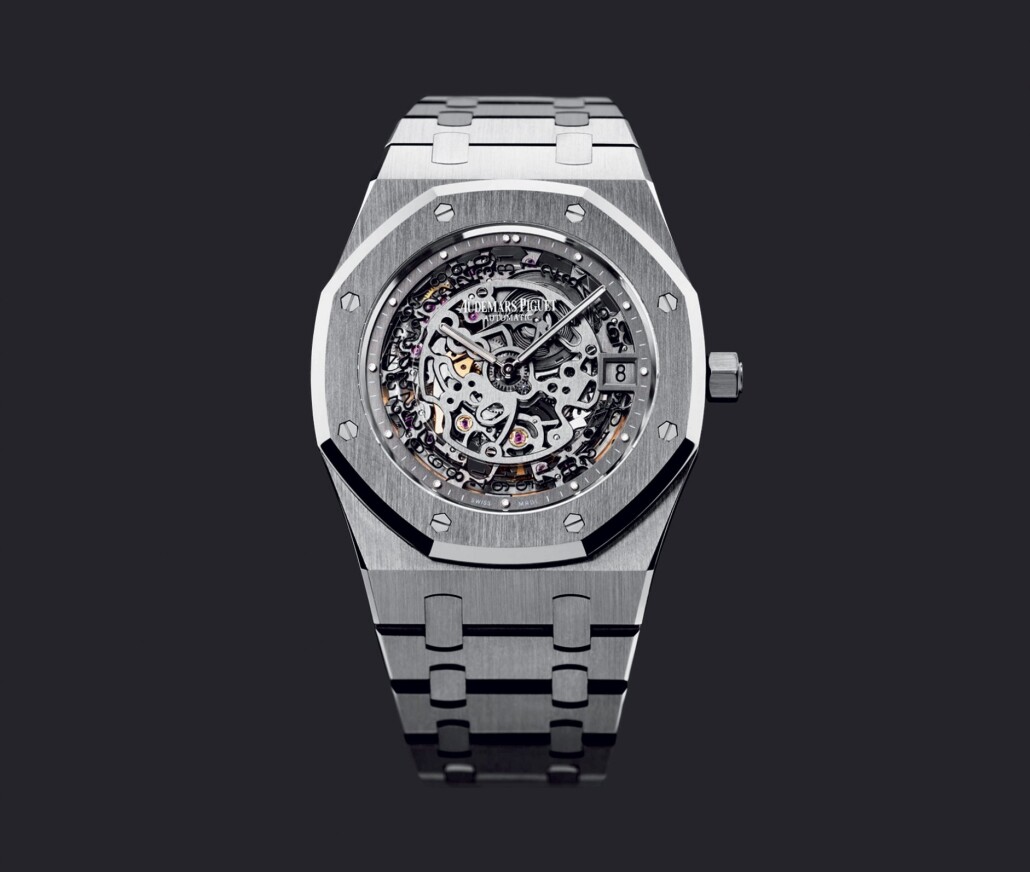 Limited to just 40 pieces, the Openworked Extra-Thin Royal Oak - boasting one of the world’s thinnest mechanical selfwinding models at just 3.05 mm thick - retains many of the design features of the original timepiece, which took the watch world by storm when it was launched in 1972.

Generally considered over-sized and extravagant at the time of its launch, the Royal Oak timepiece shaped the trend for larger watches in years to come.

Notable elements that have remained in the updated anniversary edition include the octagonal bezel and its eight polished hexagonal screws – made in white gold – held on the case-back side by eight recessed nuts, as well as a visible joint fitted between the bezel and the case.

The watch's platinum case is water-resistant to 50 metres and fitted with glareproofed sapphire crystals front and back.

Featuring a selfwinding proprietary Calibre 5122, all the finishing operations on the watch's bridges and mainplate (polishing, satin-brushing, circular-graining, circular satin-brushing and drawn flanks) are done by hand.

The watch’s monobloc oscillating weight is made entirely in 22-carat gold and bears the raised inscription “AP Royal Oak 1972-2012”, whilst its external segment is adorned with a “tapisserie” motif.