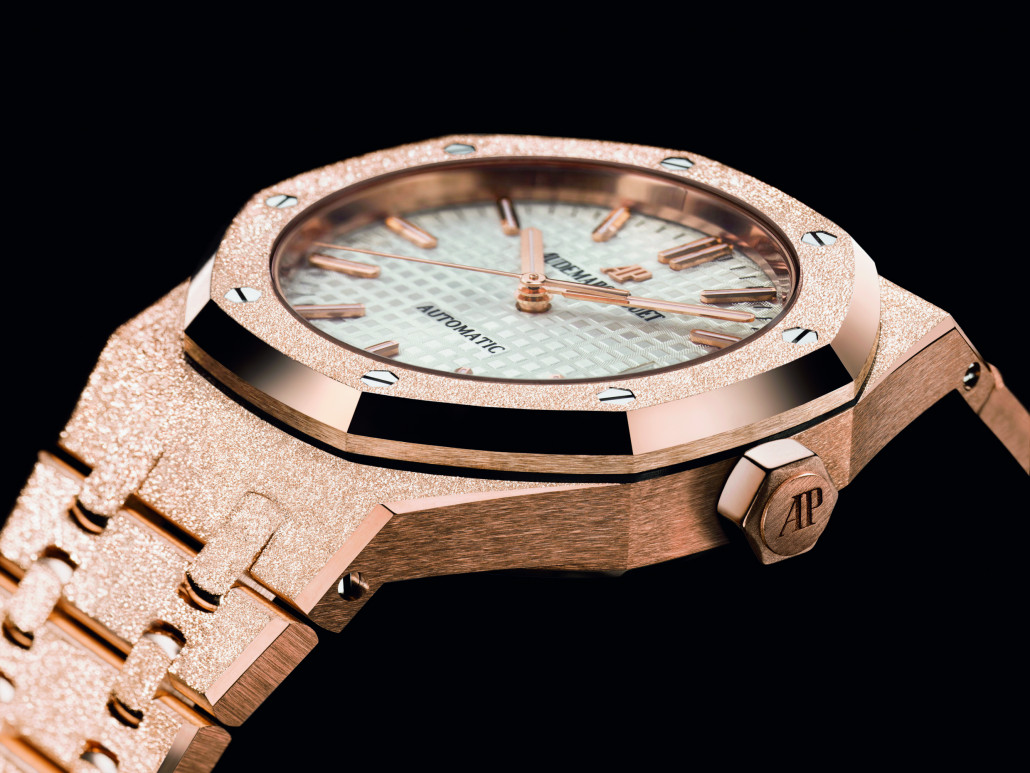 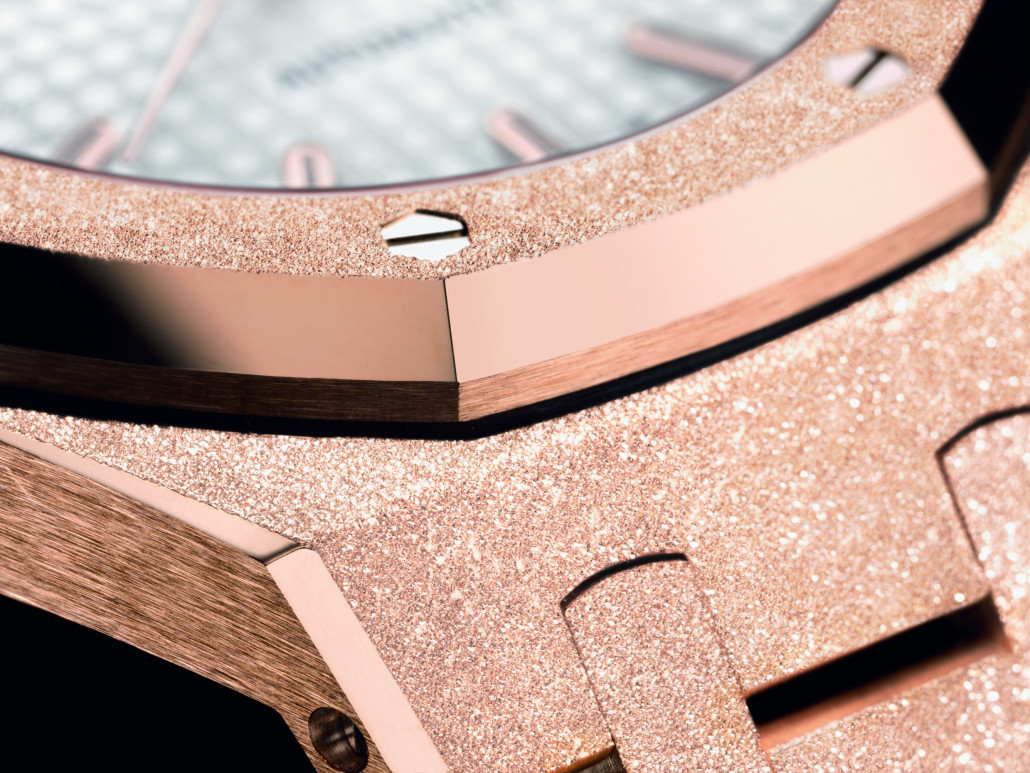 Called the Royal Oak Frosted Gold, the watch has been created in collaboration with Florentine jewellery designer, Carolina Bucci.

It was unveiled at a gala dinner at Palazzo Vecchio in Florence in the presence of actress and brand ambassador Freida Pinto, jewellery designer Carolina Bucci and watch designer Jacqueline Dimier, who created the first Royal Oak for women in 1976.

Some 200 guests were welcomed with a dinner concocted by local 3-Michelin star chef Annie Féolde. The evening ended with a showcase concert by musician Brocken Back.

The commemorative watch features an 18-karat white or rose gold case measuring 37mm or 33mm, including an AR-coated sapphire crystal, and a sapphire display back for the 37mm version.

It is, however, the strap and case that make this watch truly special, thanks to a surface treatment process rooted in an ancient gold hammering technique, also called the Florentine technique. Carolina Bucci, who has used this technique in her jewellery making before, has now adopted it to create the Royal Oak Frosted Gold.

Jasmine Audemars, president of the Audemars Piguet Foundation, said: “Although Carolina and Jacqueline are decades and cultures apart, Carolina’s vision today met Jacqueline’s in more than one way, giving the Royal Oak an appeal that captures the attention from a distance while retaining the key design codes of the original piece. With this in mind, I would like to thank them both for their talented work.”