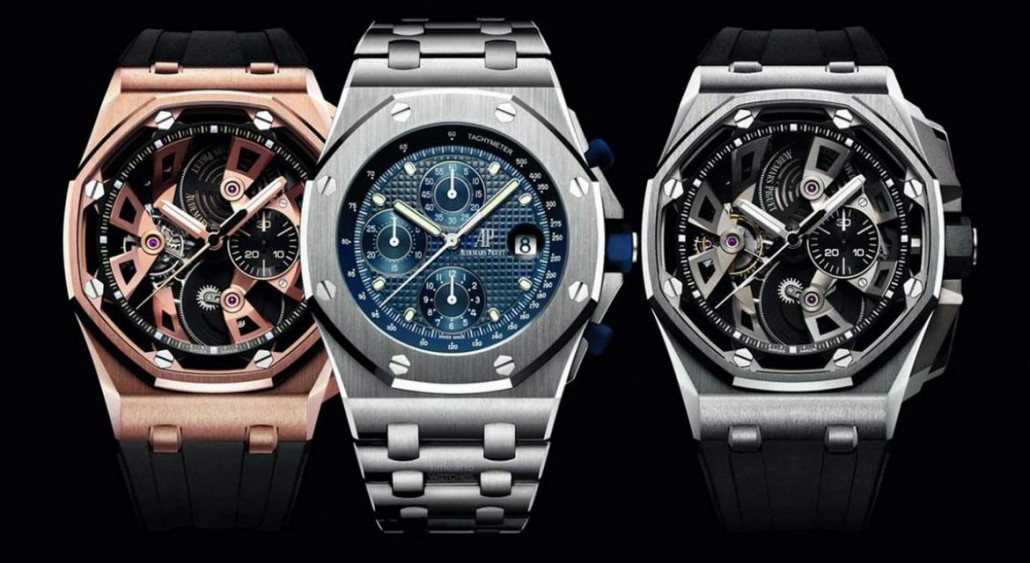 Swiss luxury watchmakers Audemars Piguet have geared up for next year’s quarter-of-a-century birthday of its Royal Oak Offshore timepiece with the launch of three new versions of the iconic sports watch.

First introduced at Baselworld 1993, the Royal Oak has become one of the most successful models in the brand’s long history. To commemorate the 2018 landmark, Audemars have created an accurate re-edition of the original Royal Oak Offshore Self-winding Chronograph, as well as two versions of the completely new Royal Oak Offshore Tourbillon Chronograph.

These have been previewed by the watchmaker as a part of the collection that will be showcased at the upcoming SIHH 2018 watch fair in Geneva in January. The celebratory models will be produced in a limited run of just 50 pieces each.

Almost identical to the original other than its Caliber 3126/3840, the re-edition features a blue “Tapissierie” dial and a solid caseback engraved with the “Royal Oak Offshore” logo in the centre, plus a power reserve of 50 hours.

The Offshore Tourbillon Chronograph, meanwhile, is available in either stainless steel or rose gold, which offers a new look for the Offshore line. Both these models feature bold design details, with the bezel first and foremost, along with an entirely redesigned movement. They are powered by the hand-wound in-house caliber 2947 with an impressive power reserve of 7 days.

When the original Royal Oak Offshore watch was launched, the bold design construction and the large 42mm case drew a huge amount of attention – not all positive. Indeed, no-one could have anticipated that the model will go on to become a great success with more than 120 references launched since then.

The pricing for all the three models is expected to be announced during SIHH 2018 in January.