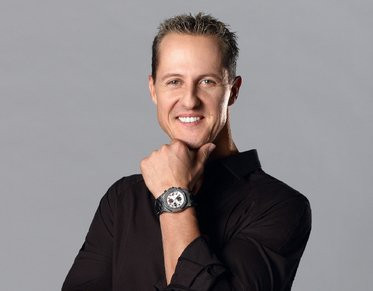 Audemars Piguet is a name which is often associated with the world of motor sports, having been involved for several years in historical car rallies such as the National Classic Tour in Belgium, the Gstaad Classic in Switzerland and the Tour Auto in France; alongside working with numerous famed ambassadors such as Rubens Barrichello, Jarno Trulli and Sebastian Buemi.

Michael Schumacher has now joined the ranks of the famed F1 drivers to be a brand new ambassador for the luxury watch brand. At the press conference, Michael Schumacher noted on a pilots determination to beat time, saying, “two minutes are an eternity for those of us who are accustomed to fighting for tenths of a second.” An acknowledged connoisseur who has been collecting timepieces for a number of years, Schumacher went on to add, “my friend Jean Todt introduced me to fine mechanical watches from Audemars Piguet, which I like to compare with racing cars because of their numerous common denominators including high-tech materials, cutting-edge R&D developments, and optimised mechanical performance. I admire the incredible work of the teams in Le Brassus and Le Locle who give shape to magnificent watches featuring ingenious technology and daring designs, yet without ever losing sight of horological traditions.”

Proudly working toward reinforcing the Audemars Piguet presence in the world of motor sports, CEO Philippe Merk expressed his feelings the world-renowned athlete becoming the brands new icon, “Michael Schumacher is not only the greatest racing driver of all time, he is also a big-hearted, discreet and altruistic individual who dedicates his reputation to great causes. An iconic figure, he embodies strength, determination, as well as passion for challenges and for competition. It is with a blend of elegance and humility that he will wear our Royal Oak Offshore, the undisputed reference model in the field of prestige sports.”

Michael Schumacher and Audemars Piguet will be continuing their solid and admirable works for charity, following their own separate projects and quite possibly creating more opportunities together as master craftsman and sporting icon.