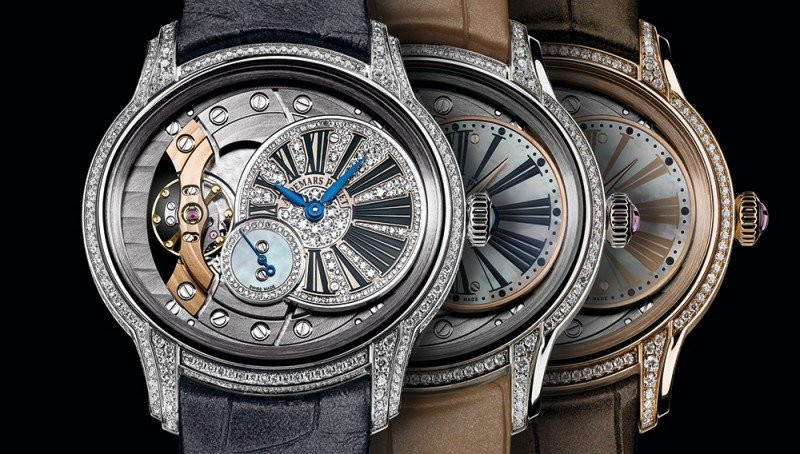 Swiss brand Audemars Piguet are marking the 20th anniversary of their Millenary watch by launching an updated version of the iconic piece.

Featuring a new 5201 hand-wound Manufacture movement, created specially to fit the elegant oval shape of the watch case, the Millenary 2015 is a striking creation that comes in three lavish versions.

Other notable features include a beige alligator leather with large scales and water-resistance to 20 metres.

The updated models will be on display at this month's SIHH watch fair in Geneva, along with several other Audemars creations, including a new version of their iconic Royal Oak timepiece.