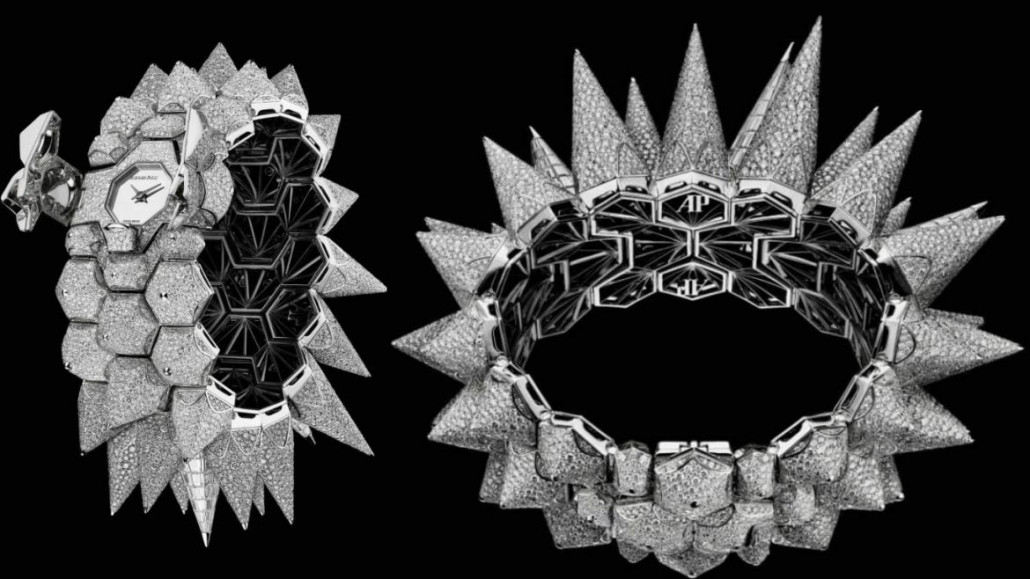 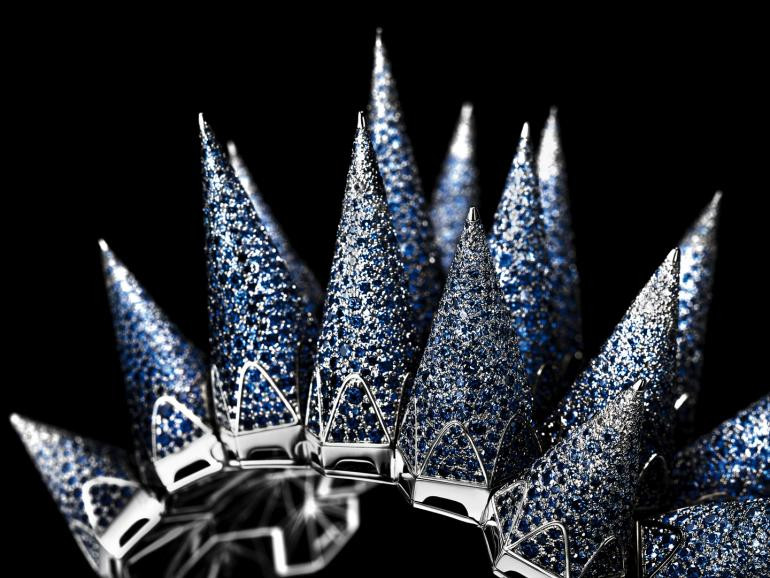 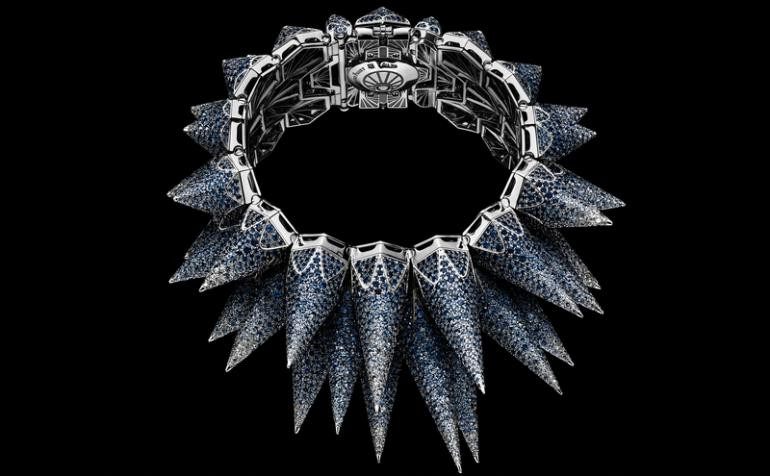 Swiss high-end watchmakers Audemars Piguet were just one of the numerous luxury brands at the 2017 SIHH in Geneva last week, but few others brought such a dazzling creation to the prestigious event.

The historical manufacturer arrived with a new joaillerie timepiece named Diamond Outrage, the third edition of the brand’s Diamond Trilogy.

Like its predecessors, Diamon Outrage features a bracelet that is completely covered with diamonds, and alongside Audemars’ Royal Oak Perpetual Calendar, debuted at SIHH 2017.

Said to have been inspired by a snowy scene at the Vallée de Joux mountain range in Switzerland, the watch features diamond studded conical spikes of varying heights.

An incredible amount of work and thought have gone into its creation, including 2,500 hours of labour and more than twice as many diamond carats as the earlier watches in the series.