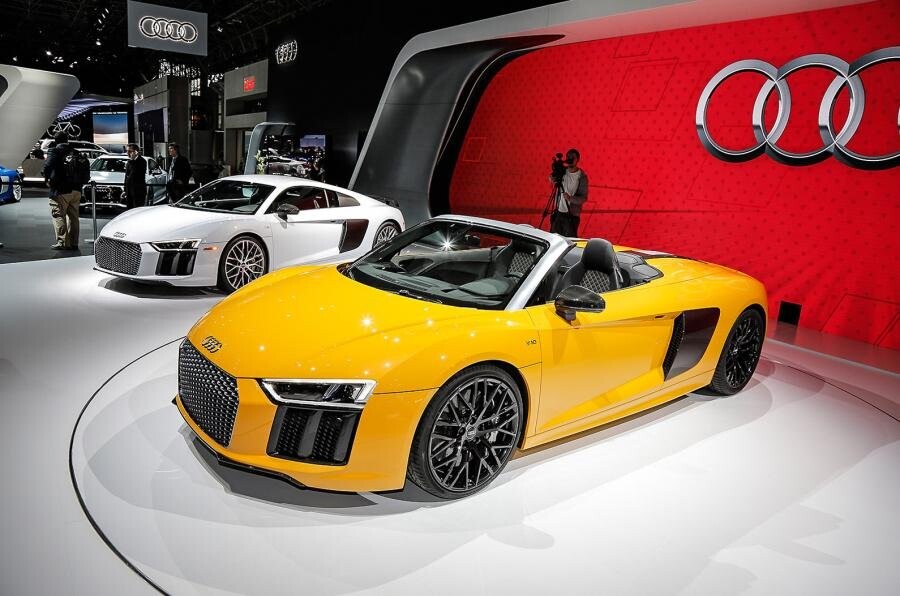 The all-new Audi R8 Spyder is among a dazzling array of luxury car launches at the New York Auto Show currently taking place in the Big Apple.

Featuring the same 5.2-litre naturally aspirated V10 engine as the R8 Coupe, power is sent to all four wheels via a ultra-quick seven-speed dual clutch transmission, enabling the car to go from 0-100kmph in 3.6 seconds and reach a top speed of 318kmph.

The R8 uses an evolved version of the Audi Space Frame chassis and claims a 50 per cent improvement in torsional rigidity over the old Spyder. The chassis is composed of a combination of aluminium and carbon fibre, with the former accounting for 7
9.6 per cent of its weight.

Like its predecessors, the interior pays homage to the shape of a racecar cockpit, with driver-oriented, easy-to-operate controls and functions, including the fully digital Audi virtual cockpit.

The Spyder’s fabric roof opens and closes via an electro-hydraulic action, takes 20 seconds to go from closed to open and can be operated at speeds up to 50kmph.

The launch of the R8 signifies the next phase of the Audi brand journey, which includes a target of achieving 25 percent of U.S. sales from electric vehicles by 2025, new car sharing models and advances in piloted driving.

Audi has also laid plans to launch 12 new models over the next three years, including entries into three new market segments.

The Audi R8 Spyder will go on sale internationally later this year, though pricing has not yet been announced.