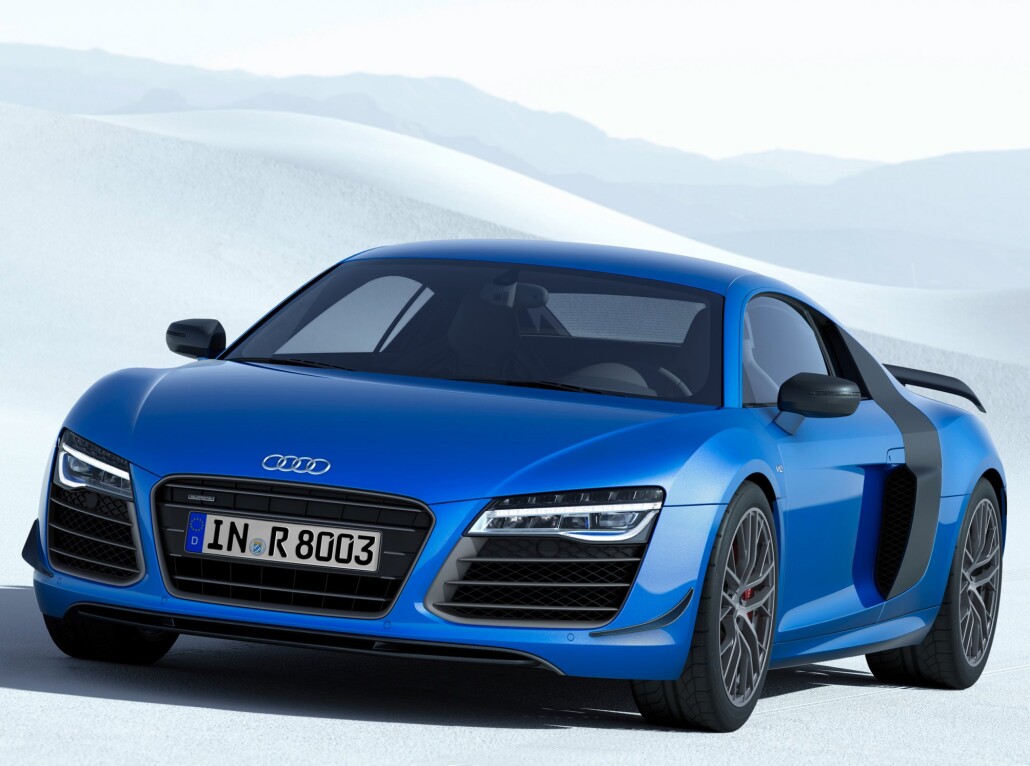 Audi to Launch First Ever Car With Laser Lighting

Audi are to launch what is being billed as the first production car to feature laser lighting technology.

Said to enhance visibility and thus improve safety, the laser lights on the blue limited edition Audi R8 LMX are activated when the car hits 60km/h. Audi claims the headlights are capable of lighting up the road twice as far ahead as standard LED lights.

Additionally, in-built sensors and cameras allows the car to detect the presence of an oncoming vehicle and to adjust the position of the headlights to avoid blinding other drivers. The car will also have conventional LED headlights for normal daytime use.

Audi first showcased the laser technology at the 2014 Consumer Electronics Show in Las Vegas, unveiling it on its Sport Quattro Laserlight concept, a plug-in hybrid coupe. According to the German manufacturer, it is now set to hit the market in the shape of the R8 LMX

Other notable features on the new Audi will include a 5.2-litre V10 engine with up to 570hp. The car boasts 0 to 100km/h acceleration in just 3.4 seconds and can reach a top speed of around 320km/h.

The Audi R8 LMX is expected to launch this summer, with an expected price of over $275,000.