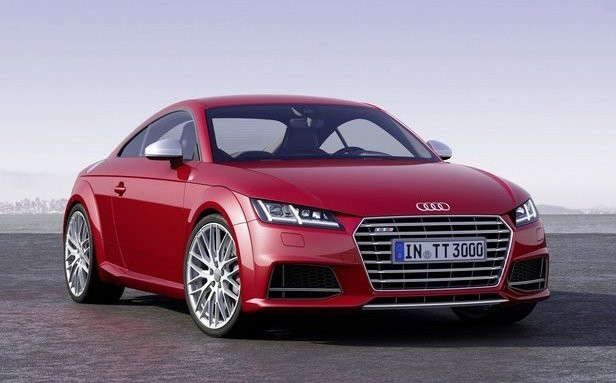 Featuring futuristic rear OLED taillights as an optional extra, the forthcoming model will become only the second production car in the world to boast such lights

According to industry experts, OLED taillights are expected to be the next big thing, replacing the LED versions currently offered by car manufacturers around the world.

Other notable features on the new TT include a turbocharged 2.5-liter five-cylinder engine, the same used in the current RS3 Sportback,capable of producing about 395 hp.

Sporting a dual-clutch transmission and all-wheel drive, the car is expected to go from 0-62 mph in just 4 seconds.

In terms of pricing, no confirmation has been made but the Audi TT RS is expected to start in the region of £45,000.

The first ever Audi TT was originally shown as a concept car at the 1995 Frankfurt Motor Show before hitting the production line in 1999.