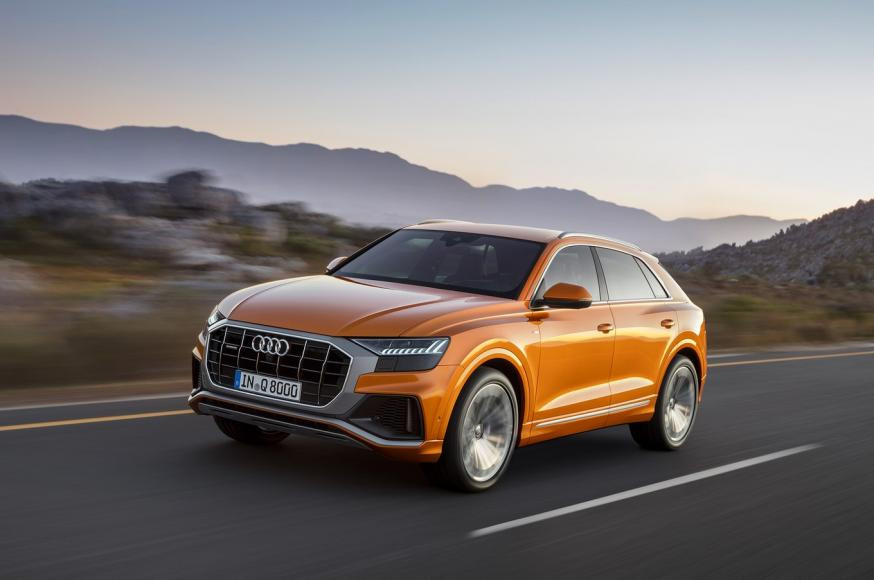 The Q8 is billed as offering direct competition to the likes of the BMW X6, Mercedes GLE Coupe and Range Rover Sport.

Sharing its basic structure with Audi’s three-row Q7 SUV, the overall design and dimensions have been altered to give it a sportier stance.

Indeed, the Q8 is loaded with styling elements that helps it stand out from the rest of crossovers in the company’s line-up. An upright grille design features six vertical chrome fins along with aggressively styled headlights and full-width taillight cluster that runs across the rear, offering the car a futuristic appearance.

On the inside, the cabin looks similar to the new A8 and will only be offered in a five-seat layout, unlike the Q7 which can be had with seven.

The all-new Audi Q8 will be available in the US during the fourth quarter of 2018. Pricing is yet to be announced.