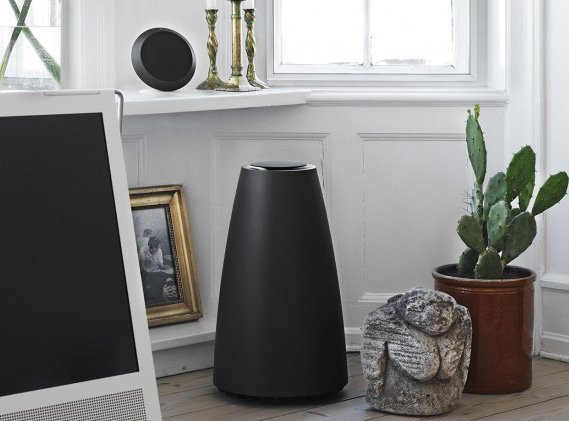 The new BeoPlay S8 speaker has been launched under Bang & Olufsen’s PLAY brand and is billed as being compact enough to easily fit anywhere in the home.

Boasting a distinctive vase shape, it is the brainchild of renowned industrial designer Torsten Valeur and is built from single pieces of pearl-blasted aluminium for both “a sleek, uninterrupted finish” and “acoustic stability”, according to Bang & Olufsen.

The speakers can either be mounted on the wall or placed on a table, with a variety of brackets and stands being offered alongside the S8.

Other notable components include both a 280W class D amplifier dedicated to bass, and two 140W class D amps to drive the 2.5-inch full-range speaker drivers.

Founded in Denmark in 1925 by Peter Bang and Svend Olufsen, Bang & Olufsen has grown to become one of the world’s most renowned designers of high-end audio products, television sets and telephones.