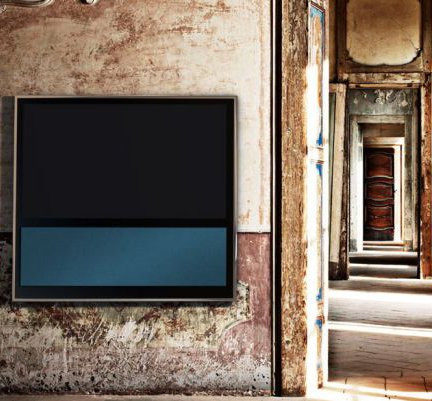 Available in a choice of 40, 46 and 55-inch sizes, the BeoVision 11 television comes with a motorised stand operated by remote control, allowing you to angle the set to your choosing.

The set boasts six speakers within its slim and sleek interior, each featuring a 32 watt ICEpower amplifier.

The enclosure is supported by rubber bushings which negate vibrations, while a new digital signal-processing algorithm allows the television to alternate seamlessly between sound modes whenever it detects music, sports, drama, movies, etc, being played,

With a full digital surround sound decoder module, it can deliver up to a dozen audio channels via Bang & Olufsen’s TrueImage processor.

Moreover, the BeoVision 11 also comes with a range of other connectivity options such as WiFi, Ethernet, two USB ports, three control outlets for control of up to six connected devices, and six HDMI sockets.