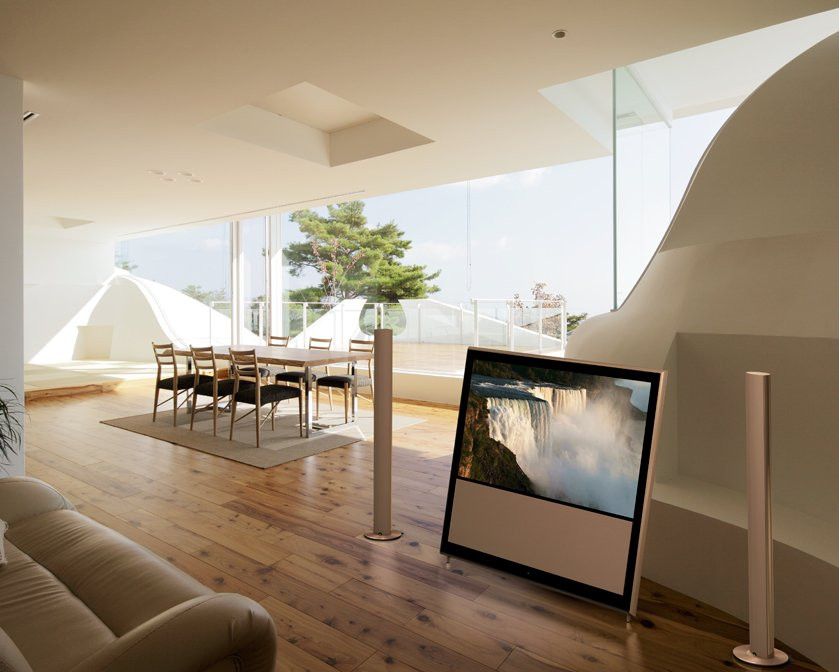 Limited to just 500 units, the new TV set has been dubbed “Chanterelle”, after the beig-ish colour scheme that it comes in. It was presented to the press in connection with Danish Design Week in Copenhagen, Denmark, earlier this month.

The luxury television can be matched with similarly adorned accessories, such as the BeoLab 6002 Chanterelle floor-standing speakers and an easel stand.

Aside from its new colour scheme, the TV itself is the same as the conventional BeoVision 10-46, boasting full HD (1080p), with edge LED backlighting and a 200/240Hz refresh rate depending on the region.

The 46-inch screened TV also has an integrated stereo speaker that can double as a centre speaker in a surround sound set-up (with connections all supplied on the set itself).

Torsten Valeur, Head of David Lewis Design Studio, said: “Having the existing BeoVision 10 in mind, which is sharp, precise and technically advanced, we wanted to create a softer and less technological alternative influenced by Scandinavian interior design.

“The design language is in this case more inspired by human minimalism marked by calm shapes and friendly materials, and real wood dominating both flooring and furniture.”

He continued: “Danish furniture and wooden oak flooring with its recognizable glowing hue has been a big inspiration for us”.

Numbers 8 and 88 of the 500 sets are already said to have been sold to Chinese customers (the number "8" is considered lucky in Chinese culture).