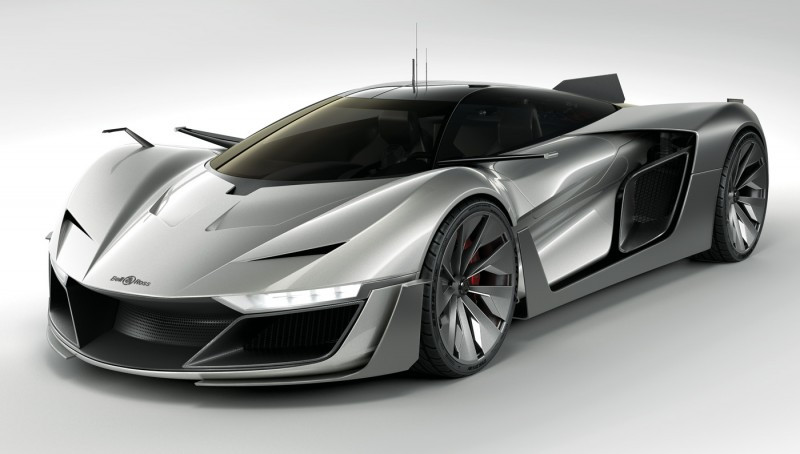 French luxury watchmakers Bell & Ross have ventured into the world of concept cars – but with a difference.

The brand have created the 190 MPH concept sports car, boasting an ultra-low 43-inch profile and a sleek carbon fibre exterior. But it will only ever exist ‘virtually’, instead being used as the inspiration for a collection of new timepieces.

Conceptualized by horological maverick Bruno Belamich, co-founder of Bell & Ross, every possible fabric of the car’s design has been incorporated into the timepieces, including its aerodynamics with Ultrathin side mirrors that resemble the forewings of a fighter jet, and a longitudinal aileron at the rear that look like a plane’s tail.

While the resultant watches – the BR03-92 (a skeletonized three-hander) and the BR03-94 (a skeletonized chronograph) – articulate the concept car, they are crafted with a functional and utilitarian approach that goes beyond the car’s blueprint alone.

It is not the first time Bell & Ross have been influenced by vehicles. In the past the watch maker has taken inspiration from machines like the Boeing 747 and the Harley-Davidson for its collections.

Bell & Ross was founded in 1992 by Bruno Belamich and Carlos A. Rosillo.