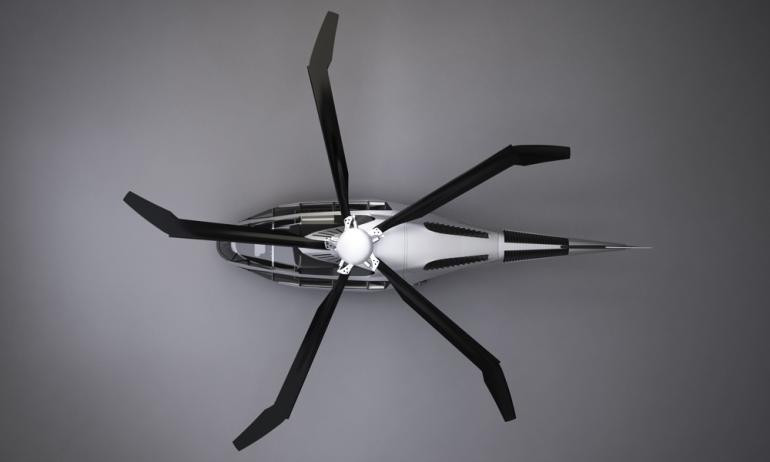 When it comes to revolutionary aviation technology, it’s fair to say that the helicopter sector has lagged some way behind private jets – until now.

American aviation specialists Bell Helicopter have created a stunning concept model boasting a range of ground-breaking features that, if developed, will take helicopters to a new level of performance.

Unveiled at Heli-Expo 2017 in Dallas, Texas, the FCX-001 futuristic concept is powered by a hybrid powertrain.and is billed as the first autonomous helicopter.

The model also features a fan-driven anti-torque system, hybridised propulsion, morphing main rotor blade tips, and an extensive use of glass in the fuselage, making it resemble something out of a Science Fiction movie.

Also adding to the other worldly appearance is the helicopter’s cockpit, which houses a single pilot seat in the centre and makes use of augmented reality to control the aircraft.

As for the the model’s exterior design, there are several nods to contemporary supercars including gullwing doors and racing seats.

“Six months ago we created a dedicated team to focus on emerging technologies and how we could incorporate them into our products,” says Bell Helicopter’s President and CEO Mitch Snyder. “Among that team’s first tasks was to display visually the technologies and innovations that present a roadmap that we envision bringing to market.”

Bell Helicopter has applied for a patent on the design, suggesting that a production model is more than just a pipedream. Watch this space.