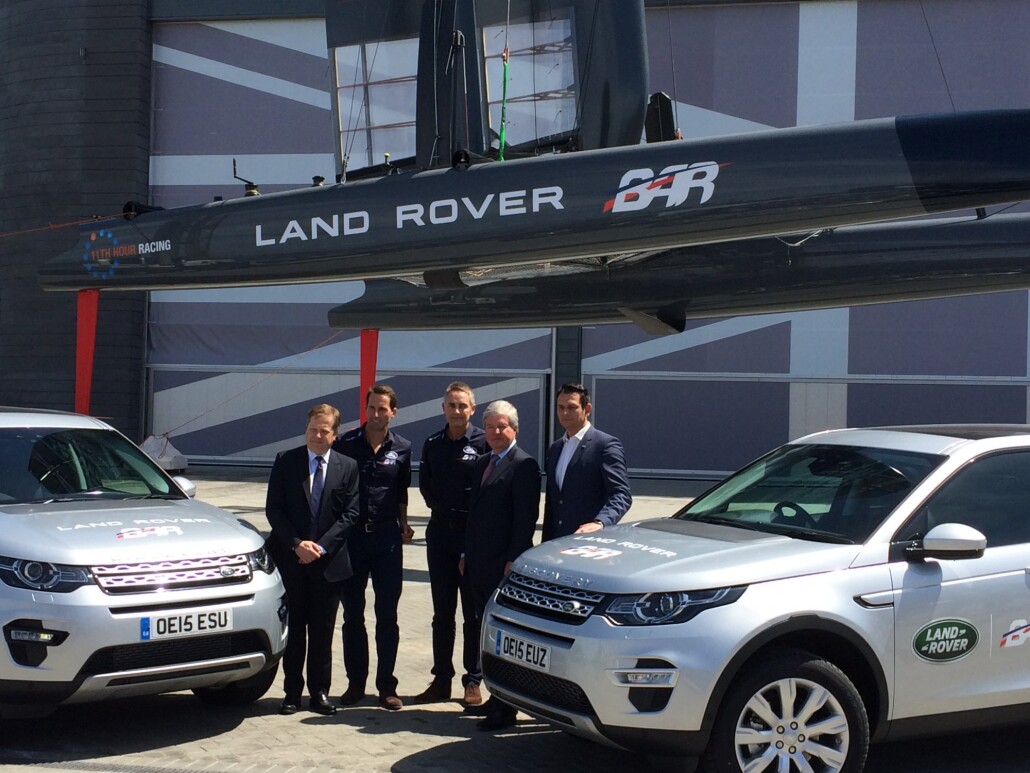 Ben Ainslie Racing (BAR), the British team competing in the next America’s Cup, has been given a significant boost after entering a global partnership with car manufacturer Jaguar Land Rover.

The announcement, which will see the team renamed Land Rover BAR, was made at an official media briefing at their new headquarters in Portsmouth, where the first event of the 35th America’s Cup takes place next month.

“It’s such an exciting time to finally be here and of course we’re looking forward to working with Land Rover which is the perfect partner. On the innovation side tapping into the JLR Applied Technologies Group is going to have a big impact on helping and supporting us all,” said team skipper and principle Ben Ainslie, Britain’s most successful ever sailor.

Land Rover BAR is in the process of raising £80 million to finance their challenge to win the America’s Cup – an achievement no British team has managed in the competition’s 163-year history – and chairman Sir Charles Dunstone confirmed they are now 75% towards that target.

“We’re very confident about the momentum we’ve got in funding the team. We’ve got a very credible group of people, to make sure we’re going to present a very credible challenge to win the cup,” he said.

Ainslie added: “It’s been a huge effort in the last 18 months from building this team from absolutely nothing. One of the really important things I’ve learned is not just to throw a load of people together that may be hugely talented but ultimately don’t get on as a team. We really took our time to try and identify the right talent.”

The British sailor founded Ben Ainsley Racing in December 2013 and was initially backed by 12 patrons including Sir Charles Dunstone and Sir Keith Mills, both of whom remain key stakeholders in the team.

Land Rover BAR begin their challenge for the America’s Cup at the opening World Series in Portsmouth on July 23rd. The finals of the America's Cup take place in Bermuda in 2017.