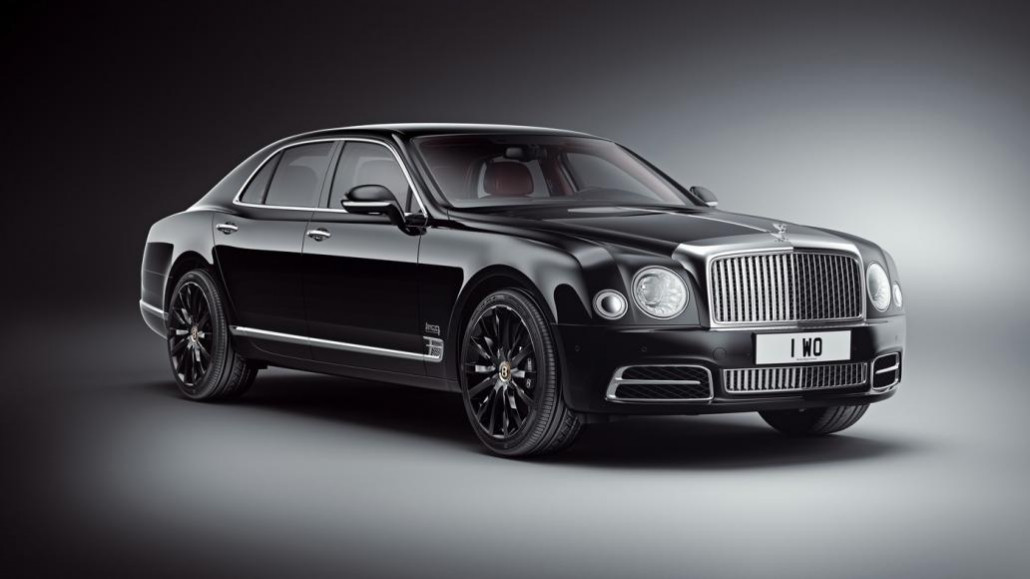 As part of its 100th birthday celebrations, British luxury carmaker Bentley has created a special edition version of its iconic Mulsanne model.

Designed to honour the company’s founder, Walter Owen Bentley, the Mulsanne W.O. Edition by Mulliner will be limited to just 100 units and will be unveiled for the first time at the Pebble Beach Concours d’Elegance in August.

Each of the 100 cars will have a piece of Bentley’s original 8 Litre car inside; the founder’s personal car is the last vehicle he designed for his company.

A piece of the 8 Litre’s crankshaft will be showcased in the Mulliner illuminated cocktail cabinet’s display window, along with an inscription detailing its significance.

Other special features include a signature Onyx paint on the outside, although, owners will also have the option to order the car in the colour of their choice.

Inside the cabin, the W.O. Edition pays homage to the original 8 Litre and uses Fireglow Heritage hides with Beluga detailing and stitching. The wood dash features the founder’s signature and a drinks cooler is built into the rear seats.

The W.O. Edition by Mulliner is available on all three Mulsanne models, including the Speed.

Deliveries of the Mulsanne W.O. Edition by Mulliner will commence in 2019. Pricing has not yet been announced.

Founded by W. O. Bentley in 1919, Bentley Motors have grown to become one of the world’s most iconic luxury car makers.