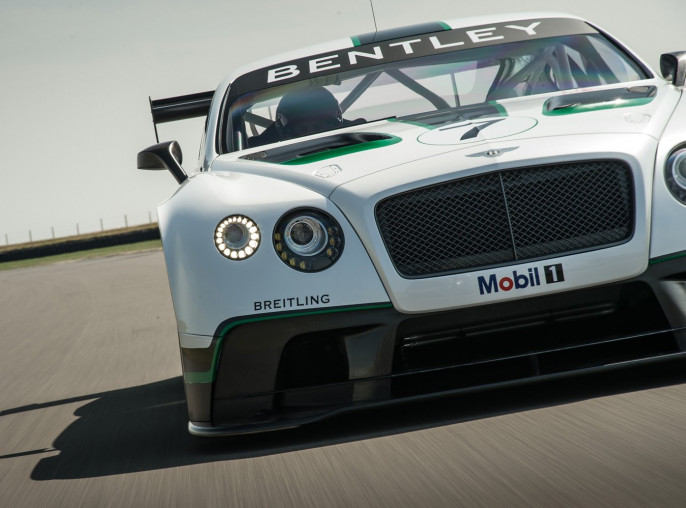 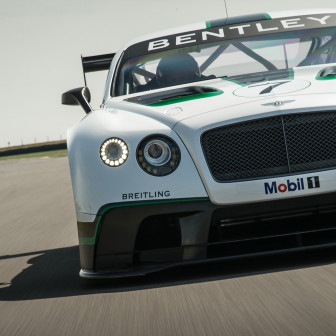 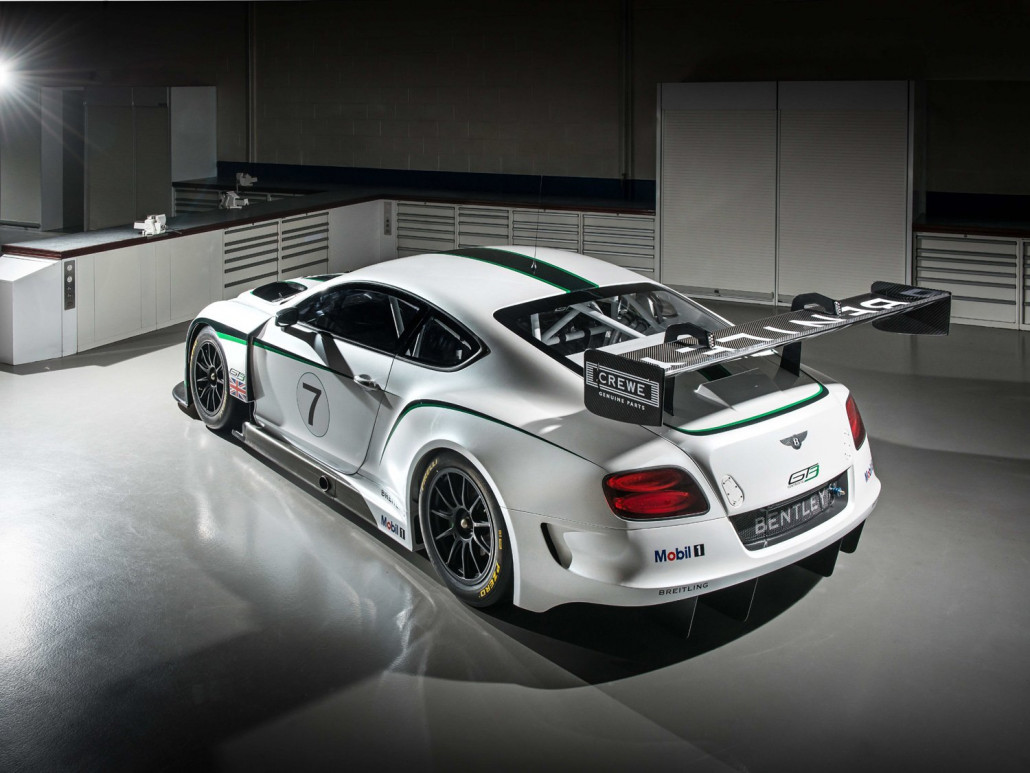 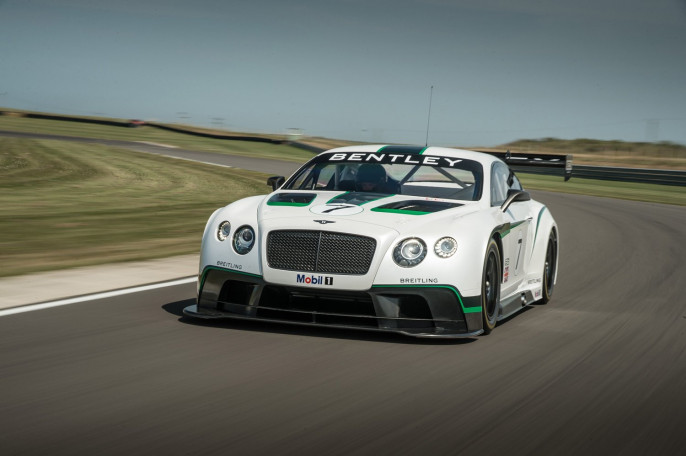 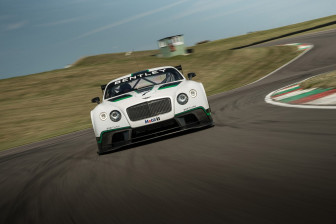 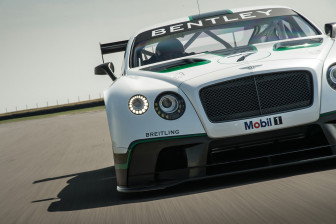 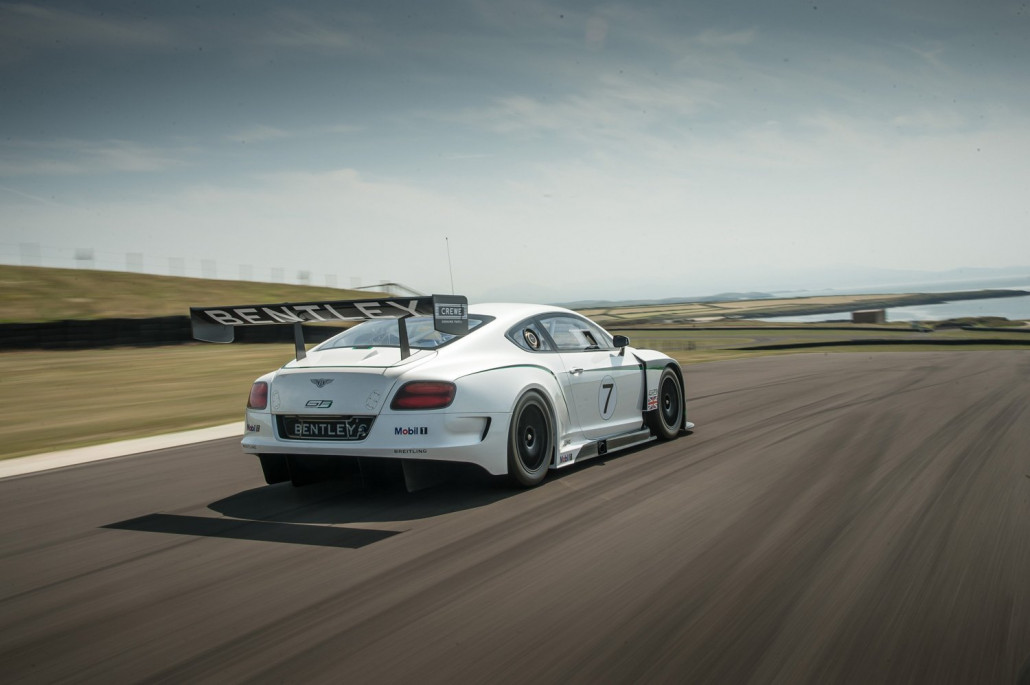 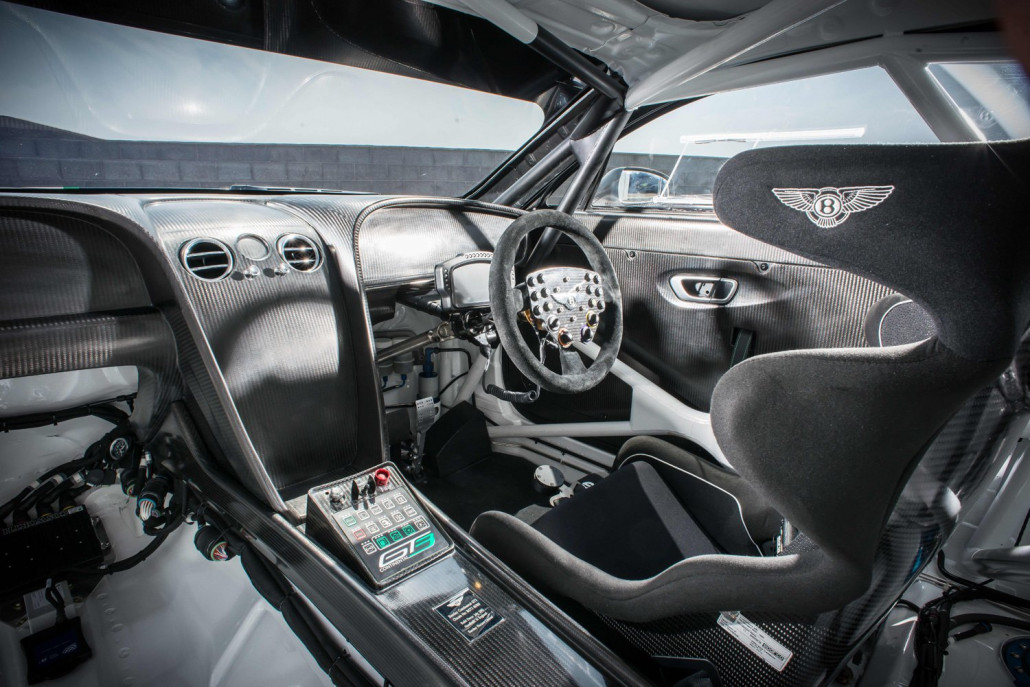 Member of the Board for Engineering, Rolf Frech, comments: “The Continental GT3 exploits the incredible performance beneath the skin of every Continental GT. We’ve removed over 1000 kilograms of weight, reconfigured our 4.0-litre V8 to produce 600 bhp in race specification, and developed a comprehensive aerodynamic package to ensure that we perform competitively. We are now looking forward to getting the car on the track and proving its potential.”

The Continental GT3 is powered by a race-prepared and dry-sump version of Bentley’s powerful but efficient 4.0-litre twin-turbo V8, with many components carried over from the road-going engine. Developing up to 600 bhp in unrestricted race configuration via a motorsport engine management system, the V8 provides the GT3 with highly competitive power in a compact and lightweight package that’s perfect for racing.

The exterior of the car features a comprehensive aerodynamic package, to maximise downforce with optimised drag. The design has been completed by a specialist team of engineers from Bentley Motors supported by the Continental GT3 Technical Partner, M-Sport Ltd. Managed from a dedicated motorsport facility base at Bentley’s Crewe factory, an additional design office was created at M-Sport for the detail design stages and build of the first car.

With the removal of the leather and wood interior trim, the production electrical systems and advanced refinement materials that make the Continental GT such a capable Grand Tourer, the Continental GT3 weighs in under its target of 1300 kg. Despite the race-specification, the GT3 remains a hand-crafted Bentley, with the steering wheel, door pulls and seat all hand-trimmed and stitched by Bentley craftspeople at Crewe.

The Continental GT3 makes its official running debut on the famous Goodwood Festival of Speed Hillclimb from Friday 12th July until Sunday 14th, piloted twice a day by Bentley Boy and 2003 Le Mans champion, Guy Smith. The car will also be on display in the F1 paddock, while the original Continental GT3 Concept Racer, unveiled at the Paris Auto Salon last September, can be seen inside the Bentley stand in the main paddock.