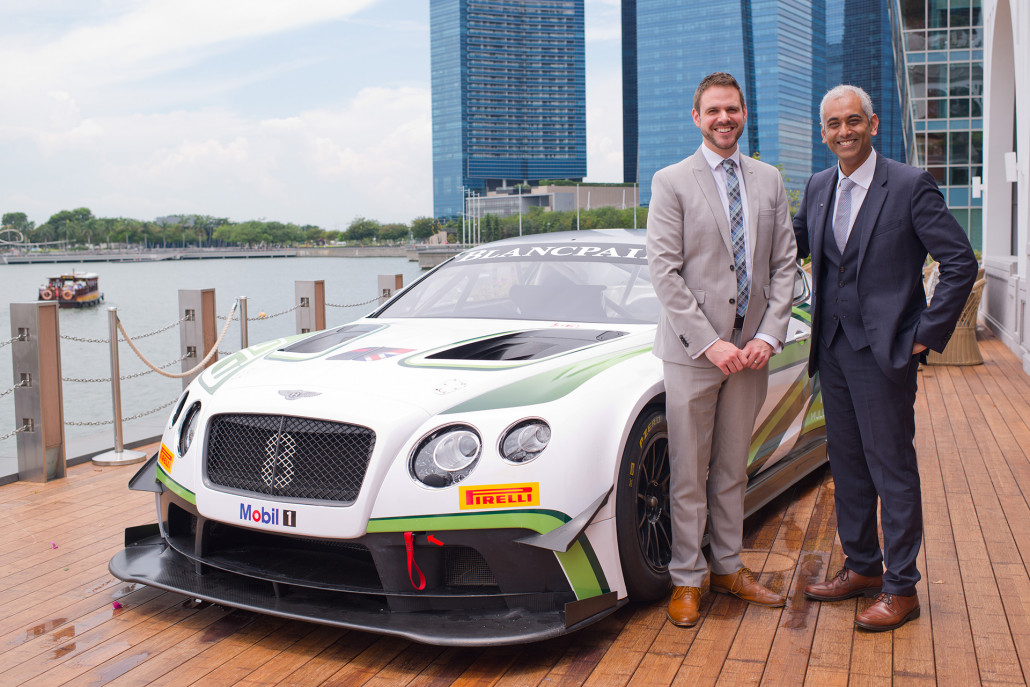 Two prestigious British brands have announced an exciting new partnership that will fuse the very best in high-end cars and luxury yachting.

Bentley Motorsport, the racing division of the iconic car marquee, has signed a three-year sponsorship deal with yacht builder Princess Yachts, which will see the two brands partner together in motorsport activities around the world.

As part of the collaboration, Princess Yachts branding will be seen on the new 2017 livery for the Continental GT3s racing in the Blancpain GT Series in Europe, Pirelli World Challenge in the USA and China GT series in Asia.

"We first ran with the Princess Yachts branding on the Continental GT3 when we raced at Bathurst 12 Hours," said Bentley's Director of Motorsport Brian Gush.

"The logo was shown on TV on the side of the Bentleys for almost two hours of the 12-hour race, which we all agreed was a fantastic amount of air-time. The partnership went well and we were all keen to progress it further.”

Kiran Haslam, Marketing Director for Princess Yachts, said: "The partnership has always been very real in the hearts and minds of our customers. Currently Princess customers engage with Bentley at most of our global events, an in Dusseldorf this year, where Princess displayed the largest line up at BOOT 2017 we teased the new motorsport partnership at an exclusive private event.

“The enthusiasm and excitement generated was incredible, and the opportunities for both Bentley and Princess to work together collaboratively has really ignited a series of exciting activities."

Bentley Motorsport contested more than 90 top-level GT races around the world in 2016. This year they will feature at races in Australia, Europe, North America and Asia.