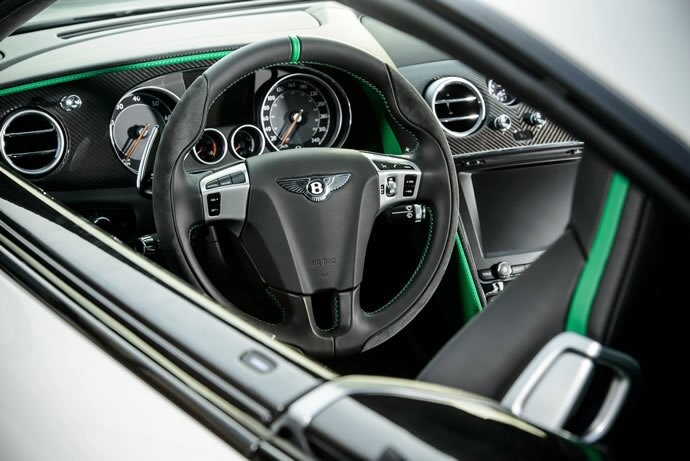 British luxury car makers Bentley are to launch their new Continental GT3-R model at the 2014 Goodwood Festival of Speed which kicks off next week.

Based on the Continental GT3, the new model is being billed as the fastest accelerating production car that Bentley has ever built, thanks to its 4.0-litre, twin-turbo V8 engine which churns out 572 horsepower and 516 pound-feet of torque.

Extensive use of carbon fibre plus various other weight saving measures such as the removal of the two rear seats ensure the car achieves an impressively low weight.

Other notable exterior features include a new carbon fibre front splitter and rear wing, and big cooling vents in the hood.

On the interior, carbon fibre dash and door garnish replace the usual Bentley interior trims but are covered in a combination of Alcantara and leather with green accents.

The Bentley Continental GT3-R will be limited to 300 units, all wearing a Glacier White paintjob with green accents. Deliveries are expected to start at the end of 2014.