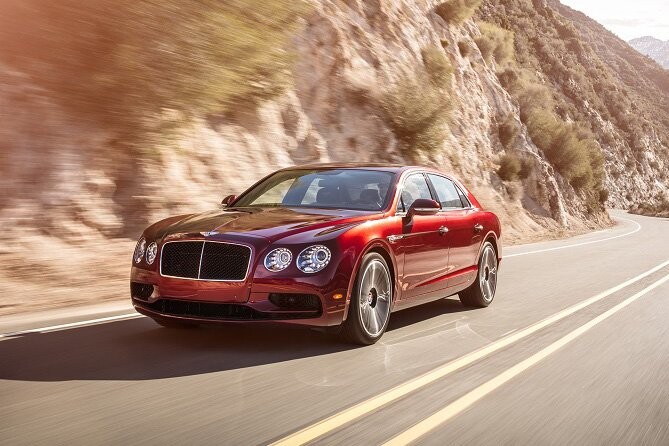 British luxury carmaker Bentley is to unveil the third model of its Flying Spur Series, called the V8S, at next month’s Geneva Motor Show.

Bentley fans can expect more aggressive design features than its predecessors, including a pitch-black finish on the radiator grille and rear diffuser.

As for performance, the V8S will house a 4-litre twin turbo engine, delivering increased horsepower that enables the car to go from 1 to 100km/h in 4.9 seconds and reach a maximum speed of 306km/h.

Despite these augmentations, the new model retains the impressive fuel economy and CO2 emissions of the old V8 engines, with fuel consumption standing at 10.9L/100km while emissions are rated at 254g/km.

Other notable changes include a reworked suspension said to stop body roll and a Continuous Damping Control (CDC) system to smoothen the bumps further.

On the interior, a spacious cabin boasts advanced acoustics and electronic – including its own WiFi hotspot – while a Touch-Screen remote taps in to an extensive Rear Entertainment System

As with most other Bentleys, clients can choose from various customisations, such as darker aggressive colours and cosmetic changes for both the interior and exterior.