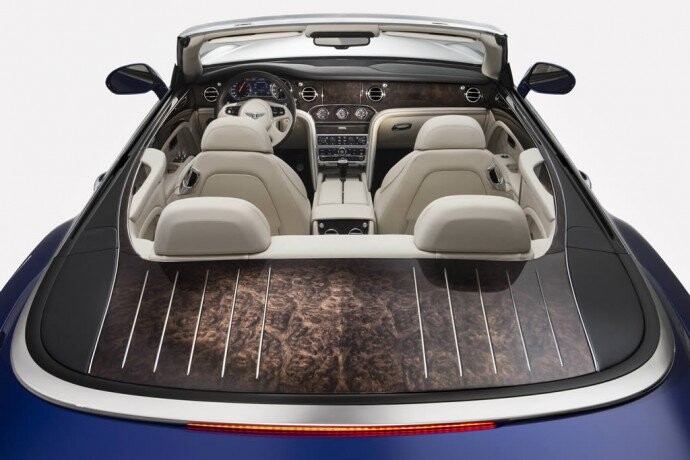 Billed as the most sophisticated open-top car ever created by Bentley, the Grand Convertible features the same 6.75-litre twin-turbocharged V8 engine as the brand’s Mulsanne and Mulsanne Speed models.

The car’s exterior is finished in Sequin Blue with a “liquid metal” hood and windshield frame and a burl walnut veneer on the tonneau cover.

On the inside, the cabin is covered in Beluga leather with blue cross-stitching, while the hand-made wooden tonneau cover is the largest piece of wood veneer ever seen on a Bentley.

Bentley have not yet confirmed whether the concept will make it onto the production line, but speaking at the launch, Bentley boss Wolfgang Dürheimer said: We are eagerly awaiting the response of our customers to this car. We will ensure that this car – if it reaches the roads – will be a highly exclusive, extremely limited collector’s piece.”