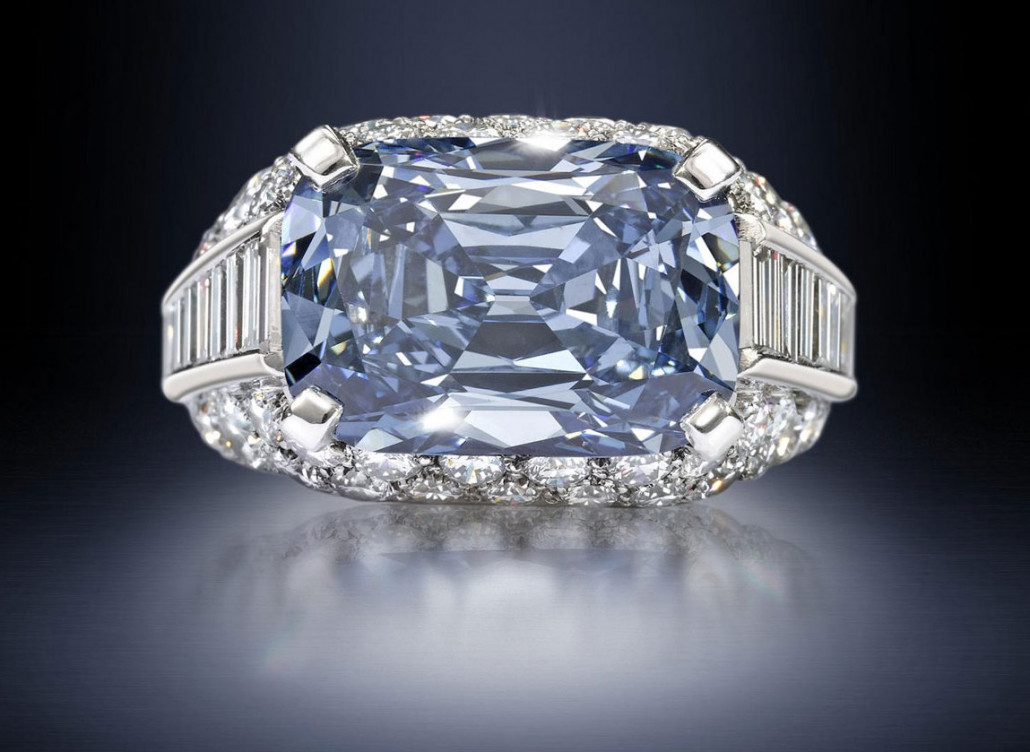 An extremely rare blue diamond was sold at a Bonhams jewellery auction in London last week for a word record £6.2 million for price per karat.

Set in a ‘Trombino’ ring made by Italian jeweller Bulgari in the 1960s, the “fancy” (a term used to describe a gem of intense colour) deep-blue diamond weighed in at 5.30 karats, with its sale price representing a stunning £1.15 million per karat, trumping the previous record of £1.08 million.

The winning bid came from Graff Diamonds, an international diamond dealer based on London’s New Bond Street, where the auction also took place.

Jean Ghika, Director of Bonhams Jewellery, said: “We are delighted with the price it has made. It was a sensational stone which charmed everyone who viewed it prior to the sale.

“Blue diamonds, especially those over 5.00 carats, are extremely rare to see on the market and continue to be highly sought-after. We are honoured to have handled the sale of such a unique gem.”

Blue diamonds are rarely up for sale and in the past decade, fewer than 30 of five carats or larger have been auctioned worldwide, according to Bonhams.