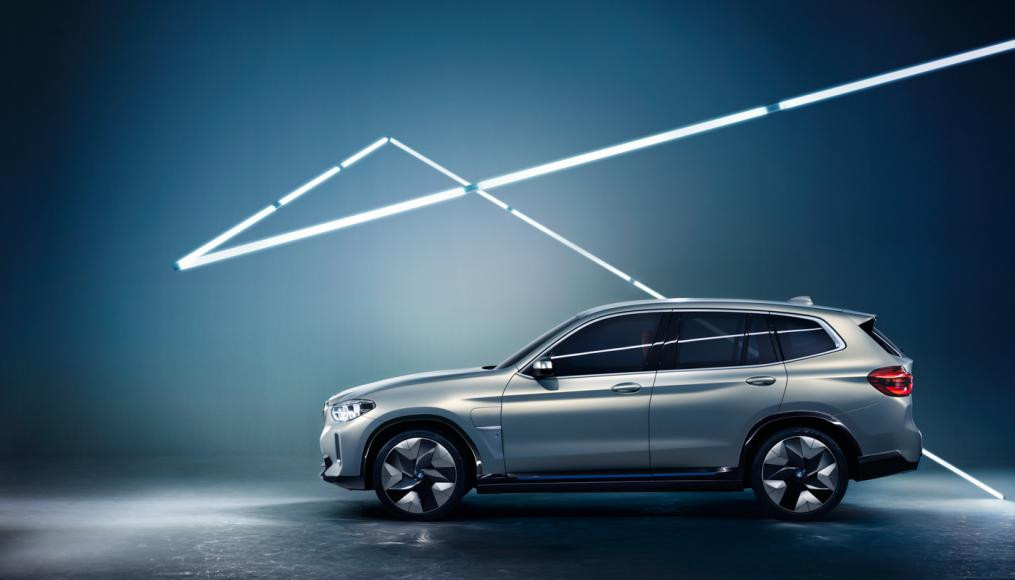 Billed as rivalling the likes of the Jaguar I-Pace, Audi e-tron Quattro and Mercedes EQ C, the production version of the iX3 is set to be the third pure electric model from BMW.

Instead of giving it a futuristic look, BMW opted for a design that leans heavily on the standard X3. But to make it stand out from the third-generation X3, BMW added several unique design elements such as a newly styled grille, futuristic-looking bumpers, aerodynamically optimized wheels with low rolling resistance tires and a new rear diffuser element.

The car’s body has also been smoothed out to reduce wind resistance. The kidney grill on the iX3 no longer has slats to feed air to the radiator. This is due to the fact that, as an EV, the car doesn’t need that air and it also serves to lower the vehicle’s aerodynamics.

The BMW iX3 concept features a modular EV drivetrain in which the electric motor, transmission and power electrics are all grouped into a single component. According to BMW, this makes it easy to “integrate into different vehicle architectures” and “adapt to the performance levels required and the available space.”

The electric motor develops over 270 horsepower and the battery is said to have an overall capacity of over 70kWh. This provides the electric SUV with an overall range of more than 249 miles on the latest WLTP cycles. With 150kW fast chargers, the battery can be fully charged in under 30 minutes.

The production version of the iX3 is slated to hit the market in 2020.