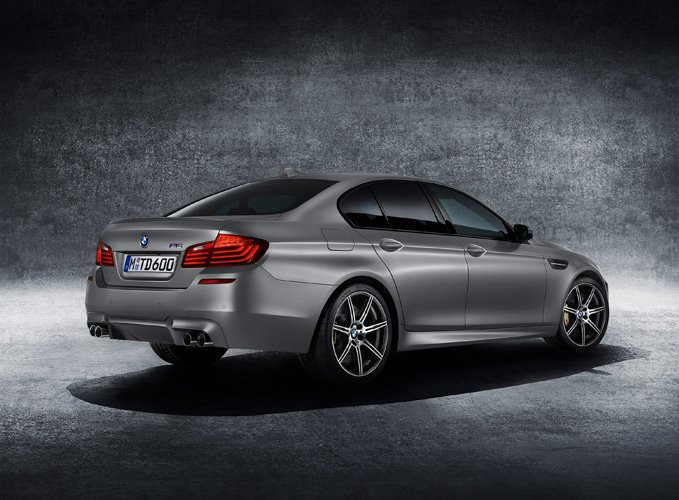 BMW are to launch a limited edition version of its M5 model to commemorate 30 years since the first ever one was created.

The BMW M5 “30 Jahre”, is being billed as the fastest BMW production car ever, generating a remarkable 596bhp from its twin-turbo V8 engine and reaching top speeds of 199mph.

The 30 Jahre is based on the fifth incarnation of the M5, and features optional add-ons including the M Performance exhaust with titanium or carbon fibre tips and carbon ceramic brake discs.

First launched in 1984, the BMW M5 is a high performance version of the BMW 5-Series executive car built by the Motorsport division of BMW and has achieved iconic status in the car world.

The BMW M5 30 Jahre will be strictly limited to just 300 units worldwide, with prices starting at just under £74,000.