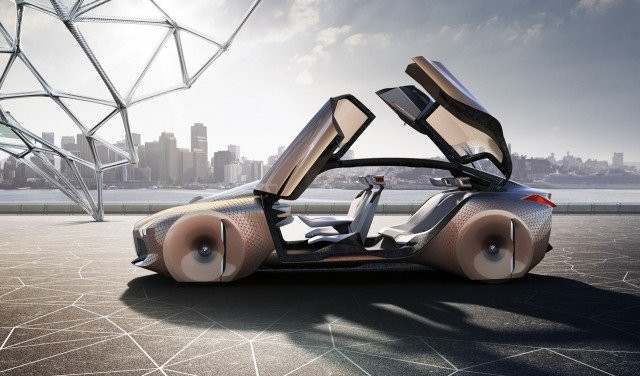 BWW has marked its centenary by unveiling a new concept model showcasing the future of car technology, including ground-breaking features such as zero emissions and autonomous driving.

Launched at a gala event in Munich, Germany, the Vision Next 100 is the first in a series of forward-looking concepts, one for each division within the BMW Group that includes BMW, BMW Motorrad, Mini and Rolls-Royce.

The concept has been designed to highlight four main capabilities that are set to become major areas of focus in the coming years: autonomous driving, digitalisation, new materials and construction methods, and emotion.

BMW says digitalisation will come from further convergence of the auto and tech industries, with fresh ways of interacting with the car, such as artificial intelligence predicting many of our wishes and working away in the background to perform the jobs we delegate to it.

New materials will also play a significant role in the evolution of the car, according to BMW, already evidenced by the increasing use of carbon fibre and other composites instead of conventional steel. Looking further forward, technologies such as rapid manufacturing and 4D printing (3D-printed materials that change depending on conditions) will open up new possibilities.

During the coming year, the Vision Next 100 concept will visit major cities around the world, starting in Beijing in May before heading to London in June and finally Los Angeles in October.