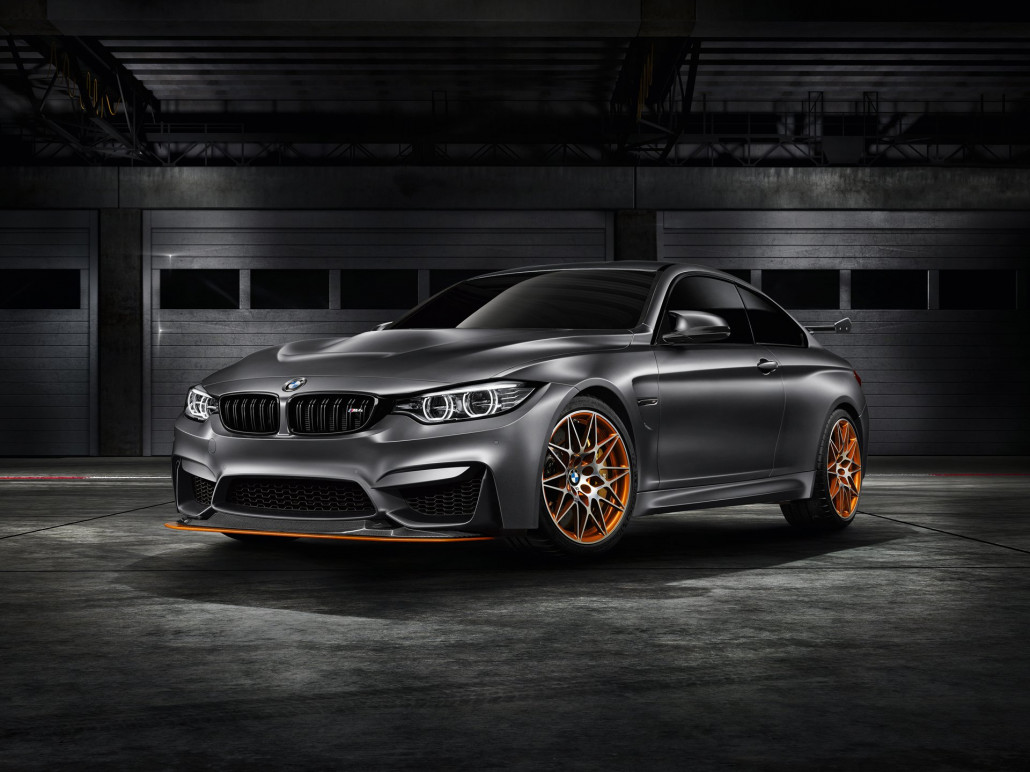 The Concept M4 GTS is billed as a track-focused yet road-legal take on the existing BMW M4 coupe and – unlike so many other concepts – is expected to make it to the production line.

The car features an array of technological innovations that are expected to be implemented across BMW’s wider range, including a water injection system, which sprays water vapour into the engine to cool things down and improve the turbo boost pressure.

Other notable augmentations include a manually adjustable carbon fibre front splitter and rear wing sitting, plus special lightweight alloy wheels. To improve handling, the hood is made from plastic-reinforced carbon fibre, which cuts weight and increases rigidity, as well as lowering s the car’s centre of gravity.

Performance statistics for the Concept M4 GTS have yet to be released, though comparions will inevitably be made with the ‘standard’ flagship BMW M4 Coupe, which can go from 0-100kph in 4.3 seconds and on to an electronically limited top speed of 155mph (250kph).

A tradition going back over half a century, the Pebble Beach Concours d'Elegance is where the world's collector cars meet and compete. It is also traditionally use for the unveiling of modern luxury cars and concepts