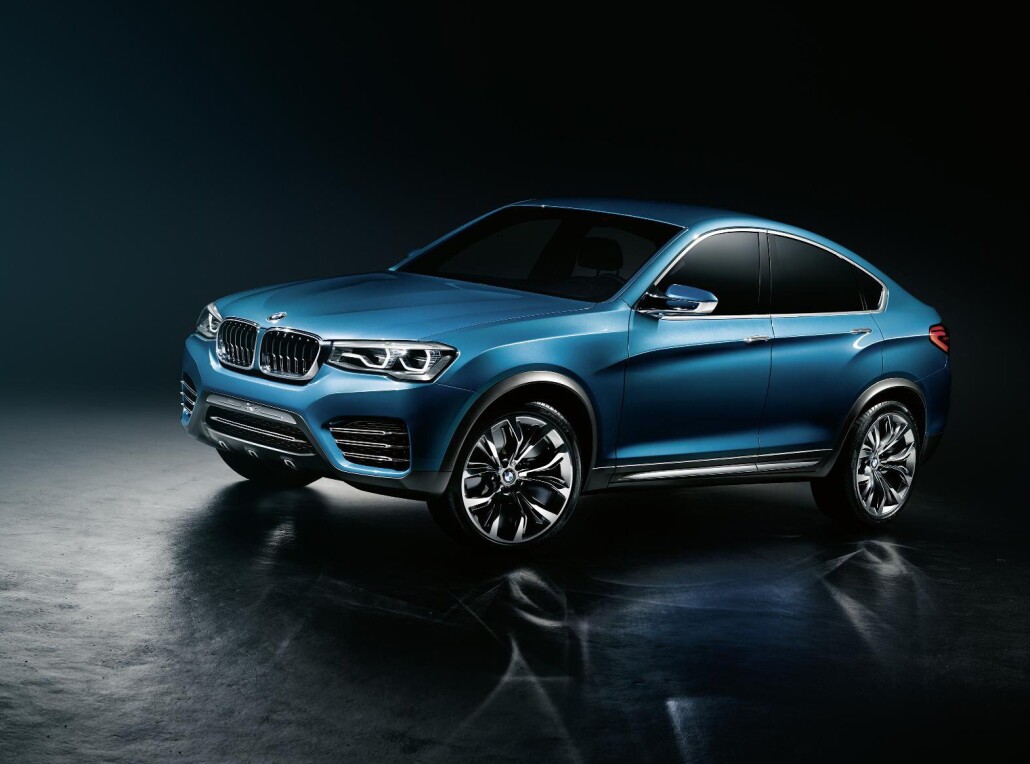 German luxury car brand BMW has released photos of its new X4 concept model ahead of the car being showcased at the Shanghai Motor Show later this month.

Due to hit the market as a production model next year, the new Sports Activity Coupé concept is billed as featuring eye-catching proportions, tight contours and high-quality details.

The sporting character of the BMW Concept X4 is articulated by its dynamic lines and proportions. With a body length of 4.6mm, a width of 1.9mm and a height of 1.6mm, its exterior dimensions signal sporting elegance and powerful robustness.

In addition to a long bonnet, short overhangs and set back passenger cell, its signature BMW features include a long wheel-base measuring 2,8mm, while 21-inch light-alloy wheels lend an added flourish to its athletic appearance.

Rumours indicate the X4 will feature a 2.0-litre turbo four-cylinder petrol engine offering 242bh, and a 3.0-litre turbo six-cylinder with 302bhp. Rounding out the engine options are expected to be two diesel powerplants: a 184bhp 2.0-litre four-cylinder and 306bhp 3.0-litre six-cylinder, whilst a plug-in hybrid version may also be on offer based around the 3-series ActiveHybrid system.

The BMW X4 concept will be on display at the Shanghai Motor Show from 21st – 29th April, before the production model debuts at the Frankfurt Motor Show in September.

Pricing details for the BMW X4 have not yet been announced.