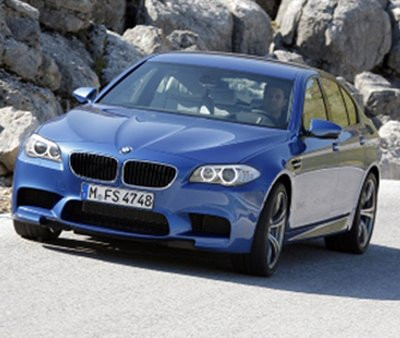 Boasting a newly-developed high-performance M-series engine, the arrival of the M5 has been highly-anticipated since a pre-production model was showcased earlier this year.

The manufacturer says that the car’s 4.4-litre engine has “typical M car thrust,” with a power rating of 412kW (552hp) from the twin-turbo V8 engine.

It will reach 0-100km/h in 4.4 seconds, with an electronically-limited top speed of 305km/h, using a seven-speed dual-clutch transmission.

Despite the speed, the powerful saloon retains impressive consumption figures – 9.9 litres per 100km, some 30 percent less than the previous generation thanks to efficient technology including auto start-stop and brake energy regeneration.

The new BMW M5 will officially launch at next week’s M Festival at the Nürburgring motorsport complex in Nürburg, Germany.