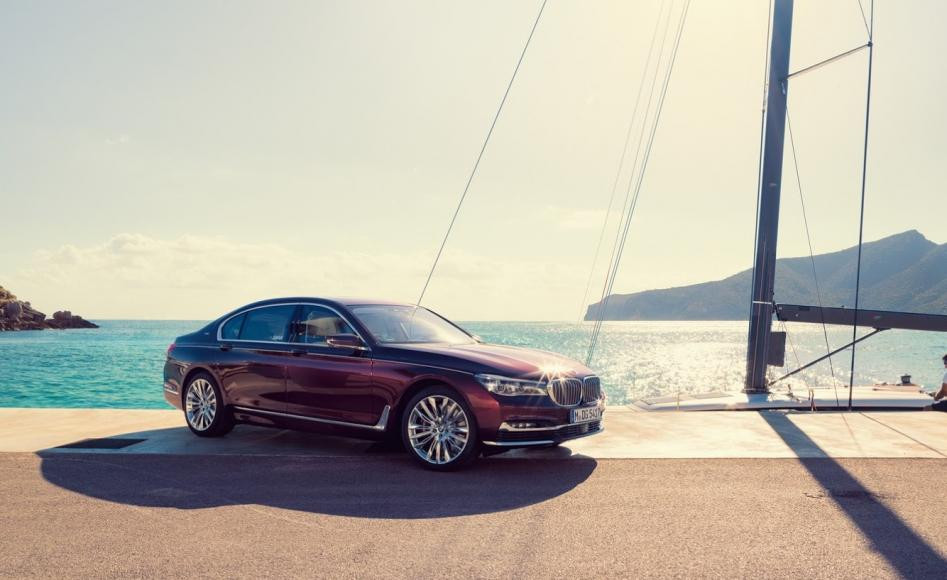 BMW Individual, the German marquee’s customisation program, is celebrating its 25th anniversary with a brand new version of its 7-Series model inspired by the world of luxury yachts.

Expected to make its public debut at the Frankfurt Motor Show this week, the custom M760Li xDrive V12 Excellence features a number of elements borrowed from yachting, and specifically the yachts created by Finnish shipyard Nautor’s Swan.

The one-off model wears a special BMW Individual colour named Damask Red on the outside, while the interior is decked out in two-tone Merino leather in smoke white and Criollo brown. The boot is fitted out in Alcantara Smoke White and its floor is covered with carbon-bonded teak panels, made in-house by Nautor’s Swan.

The interior trims, entry sills and floor mats are also made with teak and feature the Finnish shipyard’s insignia. The brand’s logo is also stitched into the headrests and cushions and features on the sun visors and interior trims made of European oak on the driver’s side and the central console.

The brake calipers are exclusively finished in the same colour as the car and bear a raised Swan logo, and the boot lid of the car is also decorated with the Nautor’s Swan arrow.

Mechanically, the bespoke model is exactly same as the car on which it is based, powered by the same M Performance TwinPower Turbo 12-cylinder petrol that produces 610 hp and 800 Nm of torque.

The BMW Individual program allows customers to pick from different exterior and interior colours than the usual selections available.