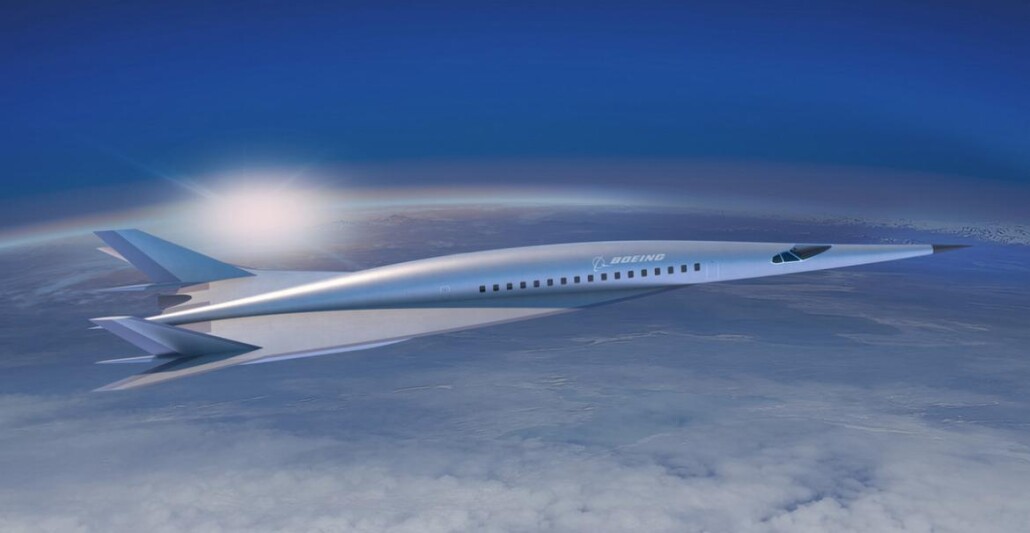 The potential for supersonic commercial air travel has been talked about for some time now, with a several concepts put forward showcasing the technological possibilities that may one day be realised.

The latest concept to be unveiled comes from Boeing, whose innovative plan is to introduce a mind-bogglingly fast hypersonic passenger jet in the coming decades.

The Seattle-based company have released the first sketch of an early prototype during a recent conference in Atlanta, US.

The Boeing hypersonic jet will take just two hours to complete the trip, but the design rendering showcased at the conference is just a concept and the company says is at least two decades away from taking to the skies.

“Boeing is building upon a foundation of six decades of work designing, developing and flying experimental hypersonic vehicles, which makes us the right company to lead the effort in bringing this technology to market in the future,” says Kevin Bowcutt, senior technical fellow and chief scientist of hypersonics at Boeing.

The term ‘hypersonic’ generally refers to speed of Mach 5, or five times the speed of sound; that's about 3,900 miles per hour. By way of comparison, Concorde was capable of Mach 2.02, taking three and a half hours to fly from New York to London.