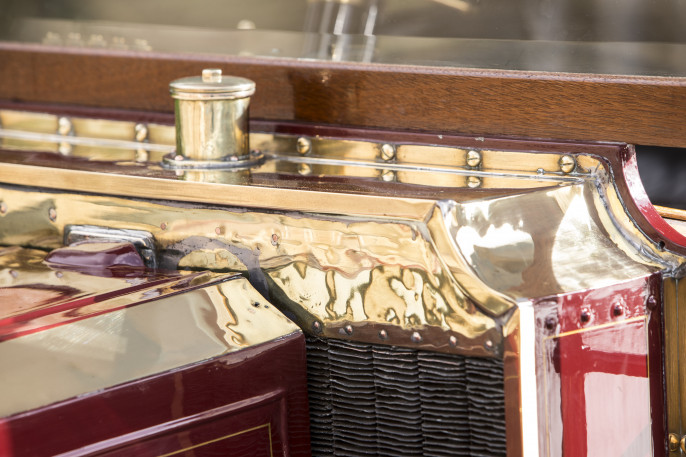 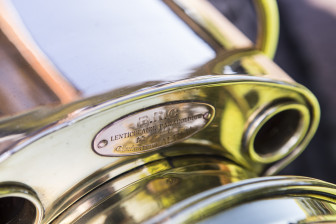 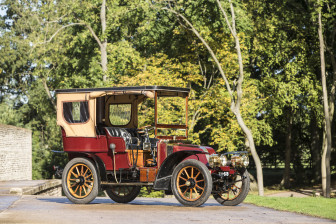 One of the first four-cylinder Renaults built, this Model U, Type B is powered by a four-cylinder side-valve engine of over 3-litre capacity and features the traditional Renault 'coal scuttle' bonnet with rear-mounted radiator and desirable swing-seat Tonneau coachwork. Owned by a French family from the 1920s, the car was bought by a UK-based Veteran Car Club (VCC) member in the 1980s and is now in the hands of a European veteran car enthusiast.

Starting fourth in the run will be the historically important 1897 Daimler 4HP with Twin-Cylinder Rougemont Wagonette which sold for an impressive £236,700. A Brighton run veteran, this British-made Daimler cost £370 new. One of the few surviving machines of its type, it boasts flawlessly original condition, complete with primitive tiller steering.

Elsewhere, the handsome 1904 Aster 16/20HP, Four-Cylinder, Four-Seat Rear-Entrance Tonneau sold for £210,940. Extensively rallied, it was sold with its 1904 Yorkshire registration records and will take its place amongst the best of the veteran machines on Sunday’s Run.

Further historic motor cars sold include the very rare example of a short-lived French make – the 1901 Decauville 8½HP, Twin-Cylinder and Four-Seat Rear-Entrance Tonneau which smashed through its estimate to sell for £149,340 and the 1903 Renault Type N-C 10HP, Two Cylinder 10HP Wagonette, previously owned by noted Renault collector George Dorrington which sold for £124,700.

The Bonhams London to Brighton Sale celebrates the longest-running motoring event in the world; the London to Brighton Veteran Car Run which first took place in 1896. The sale is held on the Friday before the Run each year and features exclusively pre-1905 cars, each eligible for the historic Run.