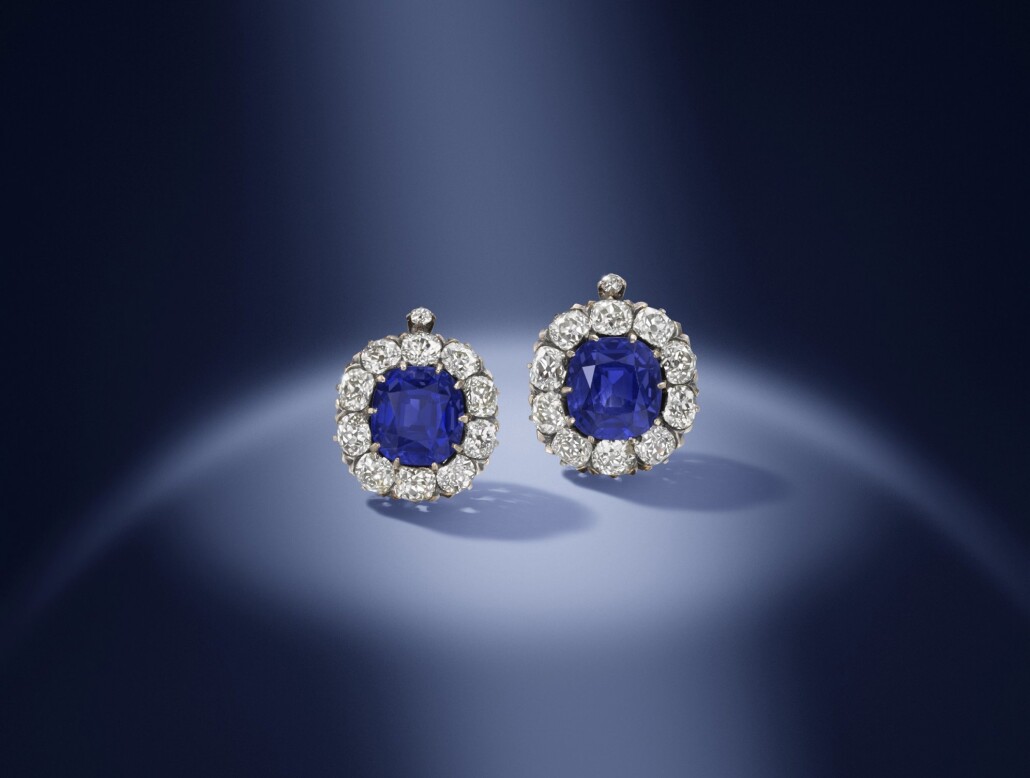 The 2015 Bonhams London Fine Jewellery sale takes place in December, with an exceptional array of trinkets set to go under the hammer, including a pair of Kashmir sapphires belonging to a European Princess.

The late 19th century earrings are set with two cushion-cut sapphires and are estimated to sell for between £500,000 and £800,000 at the prestigious auction.

Also starring at the sale will be an exceptionally rare fancy greyish-blue diamond ring estimated at £500,000-700,000, plus a remarkable range of coloured stones including two Burmese rubies.

Indeed, Jean Ghika, Director of Jewellery for UK and Europe for Bonhams, said that the action house has declared 2015 to be “the year of the coloured stone”.

Other notable lots will include a pair of bouton-shaped natural pearl earrings (£100,000 to £150,000) which have been in the same family since 1911, and a diamond flexible bar brooch which belongs to a European Noble family.

In the weeks leading up to the London auction, Bonhams Hong Kong (30 November) and Bonhams New York (8 December) will also be holding fine jewellery sales.