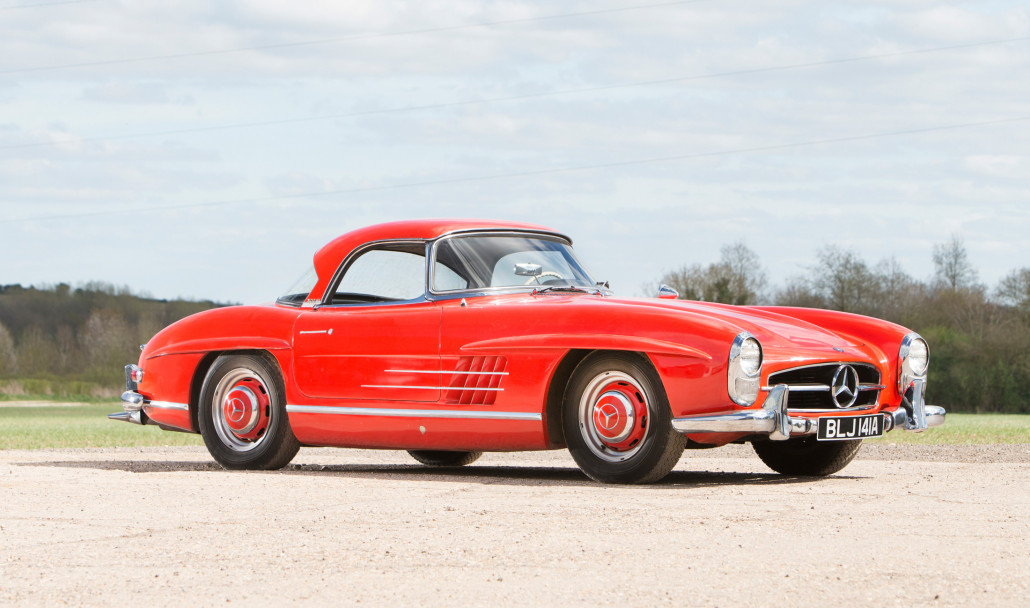 One of the stars of the Bonhams 25th annual Festival of Speed sale, which took place last Friday, was the exceptionally rare 1973 Porsche 911 RS Lightweight which fetched an impressive £830,300 – contributing to a grand total of £10 million in sales.

German marques dominated the auction, with the 1962 Mercedes-Benz 300 SL Roadster attracting keen interest, eventually selling for £897,500. A much earlier example from Mercedes also achieved a top price – the 1911 Mercedes Simplex 28/50hp ‘Roi des Belges’ Tourer, which sold for £359,900 having been in single family ownership for the past 60 years.

Indeed, vintage cars were successful throughout the sale, with the 1914 Rolls-Royce 40/50hp Silver Ghost Open Tourer, originally the property of his Highness the Maharana Sir Fateh Singh Bahadur of Udaipur, achieving £550,300, well above its pre-sale estimate.

Ferrari, which celebrates its 70th anniversary this year, saw some of its most iconic models up for sale at the auction. The 1972 Ferrari 365 GTB/4 ‘Daytona’ Berlinetta was one of the first offered, and set the standard when it achieved £539,100.

Widely considered one of the most elegant Ferraris, a 1974 Ferrari Dino 246 GT Spyder finished in striking orange sold to an auction room bidder for £253,500.

James Knight, Group Motoring Director and the auctioneer for the sale, said: ‘We were delighted to celebrate the 25th anniversary of our Festival of Speed sale with such a fantastic range of motor cars. The results once again reflect the appetite for special motor cars, whether it be based on condition, originality, rarity, or provenance - or a combination of all of these.

“On some lots I felt like an umpire as the bidders rallied their bids back and forth with pace and commitment. We sold motor cars to Australia, Japan, the Americas, Continental Europe and the home nations.

“The overall total of more than £10,000,000 is a fantastic way to bring the UK auction season to a close, and we focus now on accepting entries for our September Sales at Beaulieu and the Goodwood Revival Meeting.’