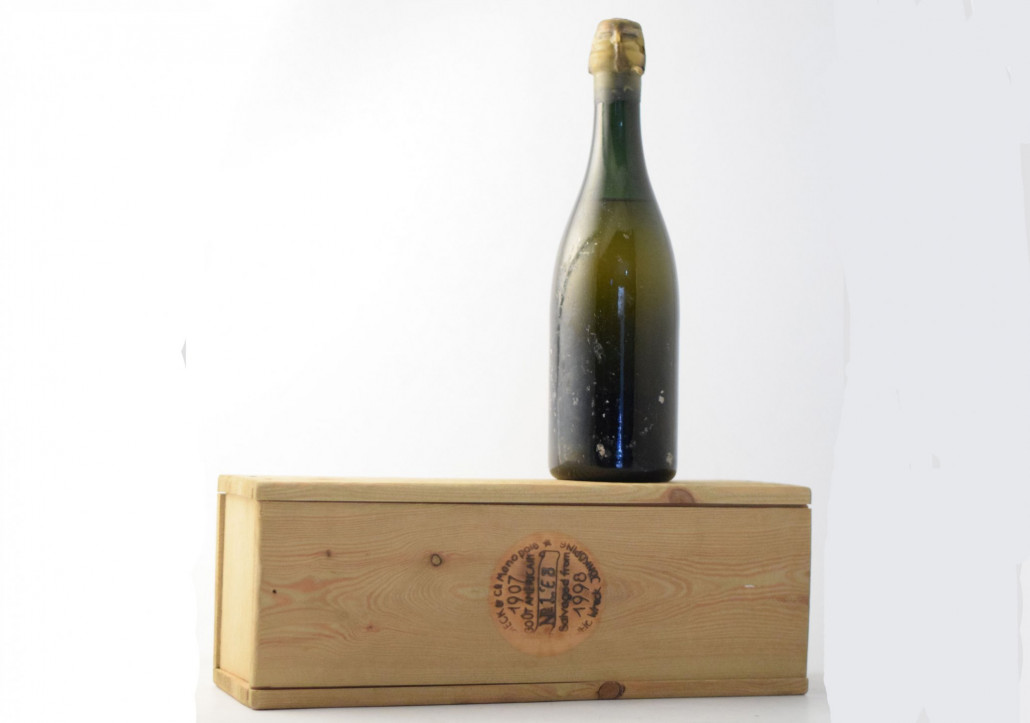 Bonhams to Auction Champagne Rescued from Seabed after 80 Years

A bottle of Heidsieck & Co Monopole 1907 Goût Américan Champagne that spent more than 80 years at the bottom of the Baltic Sea is to be sold at Bonhams Fine Wine sale in London this month.

Estimated to receive up to £1,500, the bottle, which was being carried by a sunken German U-boat in World War I, is part of an exciting collection of champagne built up over many years by a Scandinavian collector.

The bottle was among a consignment of Champagne, Cognac, wine and steel carried by The Jönköping, a small Swedish schooner during the war. On a voyage from Sweden to Finland at the beginning of November 1916, it was detained by a U-boat whose captain ordered the crew off the ship and then sank it to prevent the steel falling into the hands of the Allies.

The salvage operation took place in July 1998 and about 2,000 bottles of the champagne were recovered. The wine is still sparkling and has been described by experts as in very good condition, having been stored at a constant temperature of 4 C in darkness for so many years.

Most of the leading Champagne houses are represented in the collection, including a wide range of vintages and formats of Bollinger La Grande Année – among which are six bottles of the 2002 limited edition James Bond 007, Grande Année Rosé, R.D. and two bottles of 1988 Vieilles Vignes Françaises, Blanc de Noirs.

Richard Harvey, Head of Bonhams Wine Department and Master of Wine, said: “It’s very exciting to be able to offer such a prestigious collection of champagne which has a breadth and depth that I have rarely seen.

The auction will take place on April 14th.