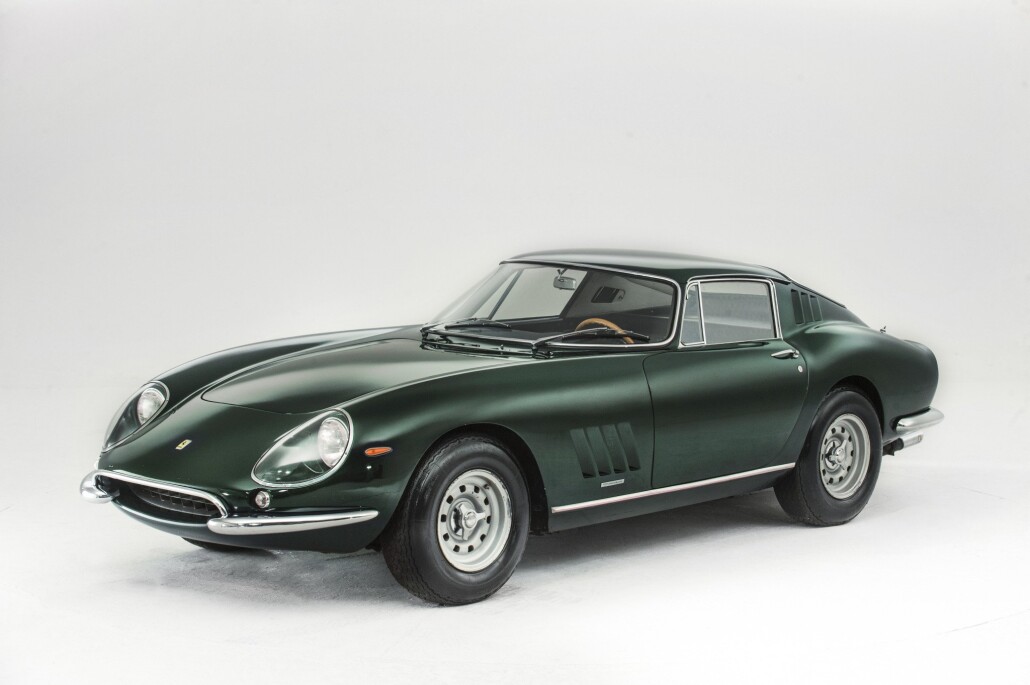 A 1965 Ferrari 275 GTB Alloy-bodied Berlinetta – once considered to be the finest production Ferrari ever built – is to star in Bonhams New Bond Street auction next month, carrying an estimate of £1.5 – 2 million

Finished in a striking shade of green, known as Verde Scuro, the 1965 Berlinetta retains many of its original features.

The car was sold new by SEFAC Spa to its first owner, Franco Palma, who kept it for almost 10 years before selling it in 1976 to Bellancauto SA of Rome, a company owned by renowned classic car collector Fabrizio Violati.

“It is one of the finest examples of its type that we at Bonhams have ever had the privilege to offer.”

From 1964 to 1968 almost 800 units of the 275 Berlinetta were produced, but just a fraction were the highly desirable longnose alloy variants.