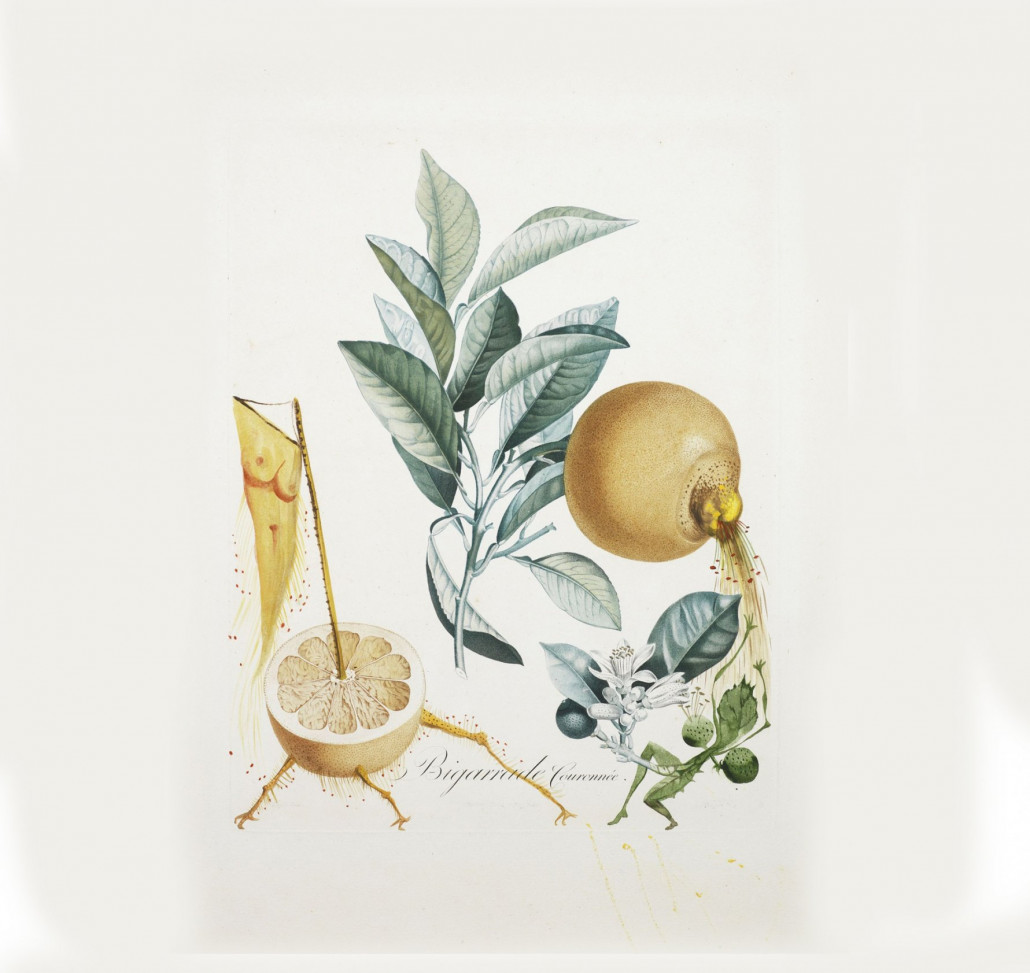 The watercolour fruit studies, unseen until now, will be sold at Bonhams’ Impressionist and Modern Art sale in London next month.

In the paintings, Dali appropriates traditional nineteenth century botanical lithographs, designed as scientific illustrations, and paints over them with distinctively ‘Dali-esque’ embellishments.

William O’Reilly, Director of Bonhams Impressionist department, said of the works: “These compositions are a fabulous illustration of Dali’s artistic approach.

“By overlaying such traditional images with his famous artistic vocabulary of dragons, hooded figures, crutches and weeping eyes, he gives us an insight into his own hyper-fertile imagination.

“But most of all, these beautifully fresh images show Dali enjoying himself, poking fun at the demons and fairies lurking behind the straight-laced images of the 19th century science.”

Dali died in 1989 but his legacy has endured with museums around the world displaying his vast body of work.