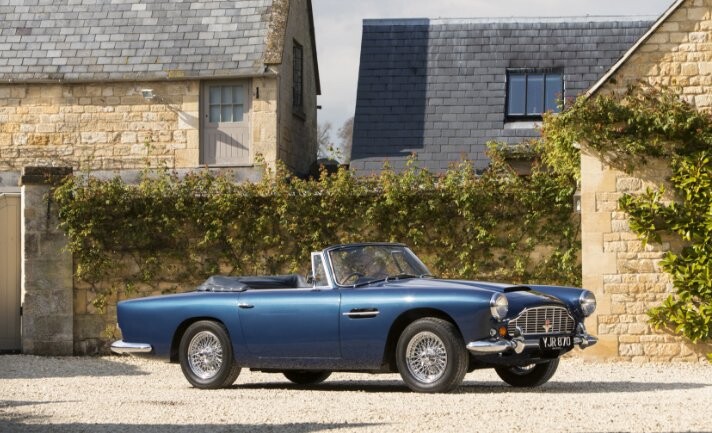 Bonhams is gearing up for its eagerly awaited Aston Martin Works Sale in Newport Pagnell next week, featuring more than 50 collectors’ motor cars along with an array of related automobilia.

Among the sale will be a plethora of magnificent models of the 1960s, including the 1963 Aston Martin DB4 'Series 5' Vantage Convertible. Combining Aston Martin's traditional virtues of style and performance with the joys of open-air motoring, the DB4 Convertible is highly sought after and is offered at an estimate of £1.1 to £1.4 million.

Also in the sale of DB4s is the 1962 Aston Martin DB4 Convertible. Displayed on the Aston Martin stand at the 1962 Earls Court Motor Show, the car subsequently achieved an impressive record of concourse wins and is offered at £1.5 to £1.6 million.

Further highlights include a barn-find 1955 Lagonda 3-Litre Drophead Coupé Project. The rare drophead coupé model was used by the reigning Formula 1 World Champion, Juan Manuel Fangio, from 1955-1956, and is now estimated at £25,000-35,000.

Elsewhere there is a rare Aston Martin prototype Vantage Coupé from 1988. One of just three surviving test examples, this important model was first shown to the public at the International Motor Show held at the NEC, Birmingham in October 1992. Chassis number 'DP2055/1' offered (the first two letters stand for 'Development Project') is the first of the five prototypes ever built, now estimated at £200,000-250,000.

Tim Schofield, Bonhams UK Head of Motoring, said: “This year’s sale offers an abundance of stylish models, with a particular trend towards cars from the era of the legendary David Brown.

“The sale is led by the rare Aston Martin Works DB3S team car, which was campaigned in period by such legendary racing drivers as Sir Stirling Moss, Peter Collins and Roy Salvadori, now estimated at £6,000,000-7,000,000.”

The Bonhams Aston Martin Works Sale will take place at Newport Pagnell in Buckingamshire on 21 May.