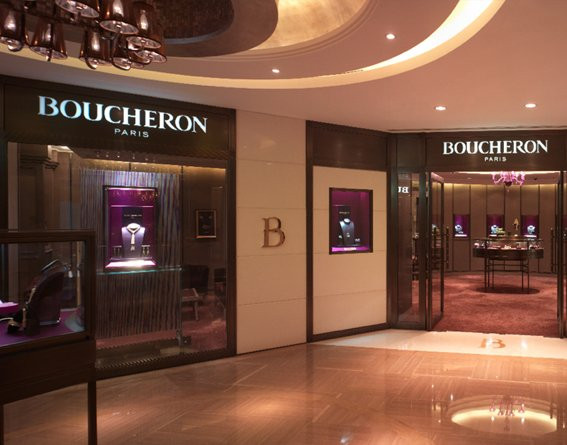 Located at Sparkle Roll Plaza in the central business district of Chaoyang, the 80 square metre store is an extension of Boucheron’s presence in mainland China, adding to two boutiques in the city of Shanghai.

Amongst those in attendance at the Beijing opening were several VIPs, including Chinese movie star and fashion icon Miss Chen Ran along with model and actress Miss Wang Haizhen.

After the ceremony, festivities continued at Maison Boulud restaurant, which had been decked out in Boucheron’s signature gold and deep purple colours for the occasion. Treasure boxes containing Boucheron jewellery were dotted throughout the restaurant, with guests invited to try on the jewels.