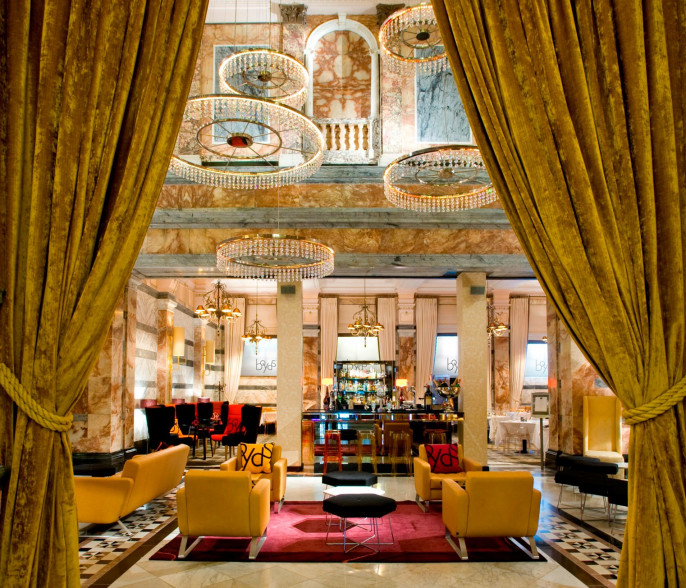 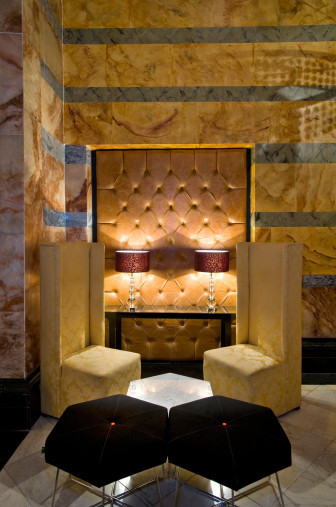 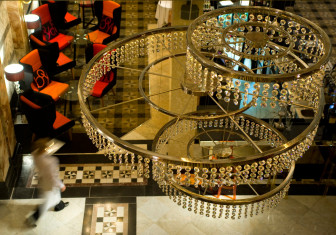 One of the hardest tricks for a restaurant to pull off is in creating a sense of occasion whilst retaining its intimacy. Boyd’s Bar and Brasserie has done better than most in achieving what is always a precarious balance.

Originally intended to cater primarily for guests at the on-site 8 Northumberland Avenue Hotel, the new-look restaurant n now hopes to capture a wider audience, serving up French and British classics in a stylish and contemporary, but unpretentious setting.

Positioned at the restaurant’s entrance, littered with kaleidoscopic rugs and furniture, the lounge plays a crucial role in creating a homely mood – the walk from sofa to table akin to taking your seat at a dinner party having been relaxing in the (albeit technicolour) living room.

There’s the intimacy, so what of the occasion? A quick glance around and it is clear that some serious money has been spent here. Victorian marbled walls, dripping chandeliers, and a mirrored bar catch the attention first before your eyes land on a black granite Champagne bar, adorned with antique mirrors, at the rear. As the evening progressed, sculpted ceilings, stone fireplaces and extravagant art work also came into vision.

When such palpable thought and care has gone into a restaurant’s fittings and fixtures, it is often a concern that the food will end up playing second fiddle. But no sooner had our starters (described on the menu as ‘British Tapas’, presumably to encourage guests to order more) arrived, than our minds were put at ease.

Lobster soup and dumpling was a hearty and flavoursome dish, whilst the whitebait with tartare sauce provided a satisfyingly tangy accompaniment. My companion’s crayfish cocktail similarly hit the mark, the mayonnaise failing to overwhelm, laying testimony to its freshness and considerate serving.

For mains, my Scotch rib eye steak with Bernaise Sauce was perfectly cooked as rare, along with the obligatory chips (with rock salt and fin herb) combining with the less-obvious choice of broccoli with chilli and garlic, amounting to a true Dinner of Kings. Meanwhile a Scotch prime beef burger was enjoyed so much by my dining partner that I didn’t get a look in – though anecdotal evidence points towards another accomplished dish.

The desserts rounded things off nicely, though where we found room remains a mystery. A Damson bakewell apple pie ice cream for me, a chocolate tart with black cherry sorbet for her. Both light, tasty and pleasingly rich, ensuring we departed suitably impressed with Boyd’s Brasserie in its new incarnation.