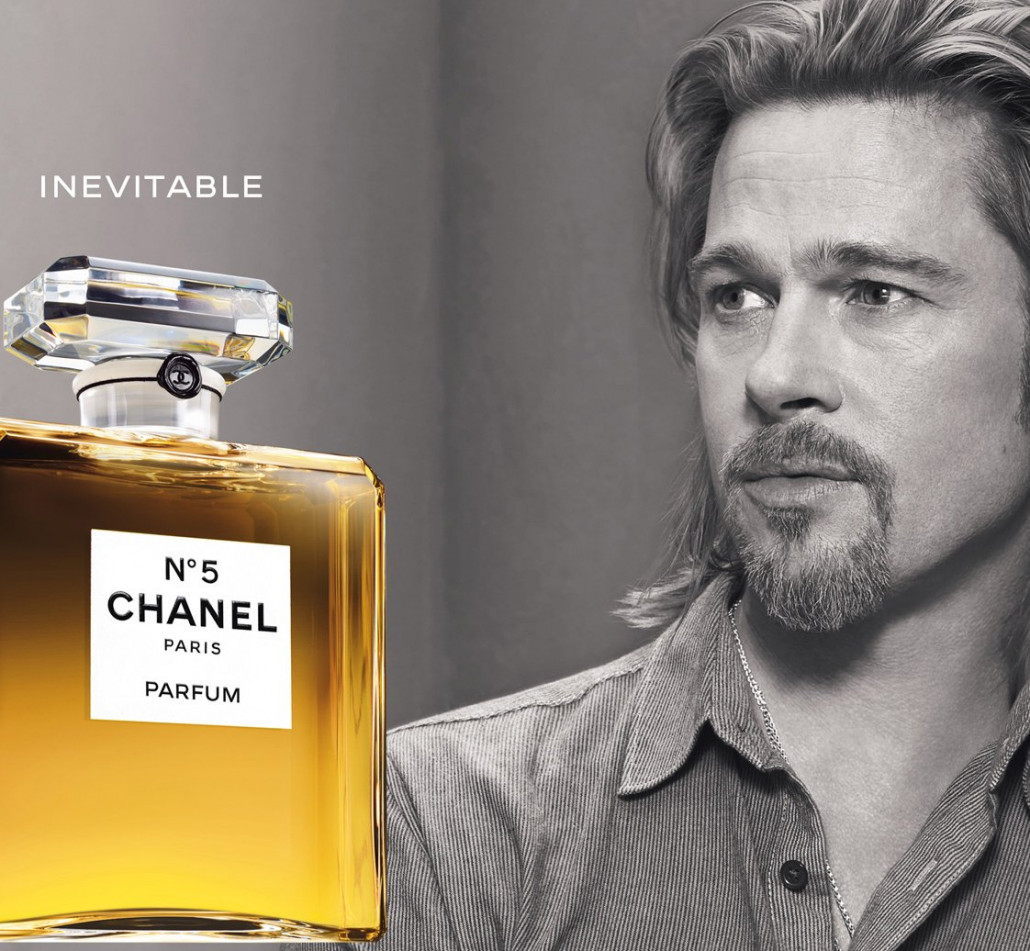 American actor Brad Pitt is the star of a new advert for Chanel No. 5 as part of his role as the new face of the iconic fragrance – the first man to be given the job in the brand’s history.

In the new ad, filmed by director Joe Wright, Pitt is seen in an atmospheric black and white against a mottled wall.

The star of films including Thelma and Louise talks directly to the camera whispering in hushed tones “it is not a journey, every journey ends, but we go on.The world turns and we turn with it”.

The camera then pans to a photograph of the earth as seen from space, with a bottle of Chanel No. 5 superimposed on top of it, as well as the new brand tagline “Inevitable”.

Chanel No. 5 was created by Russian-French perfumier Ernest Beaux for Gabrielle ‘Coco’ Chanel in 1921.