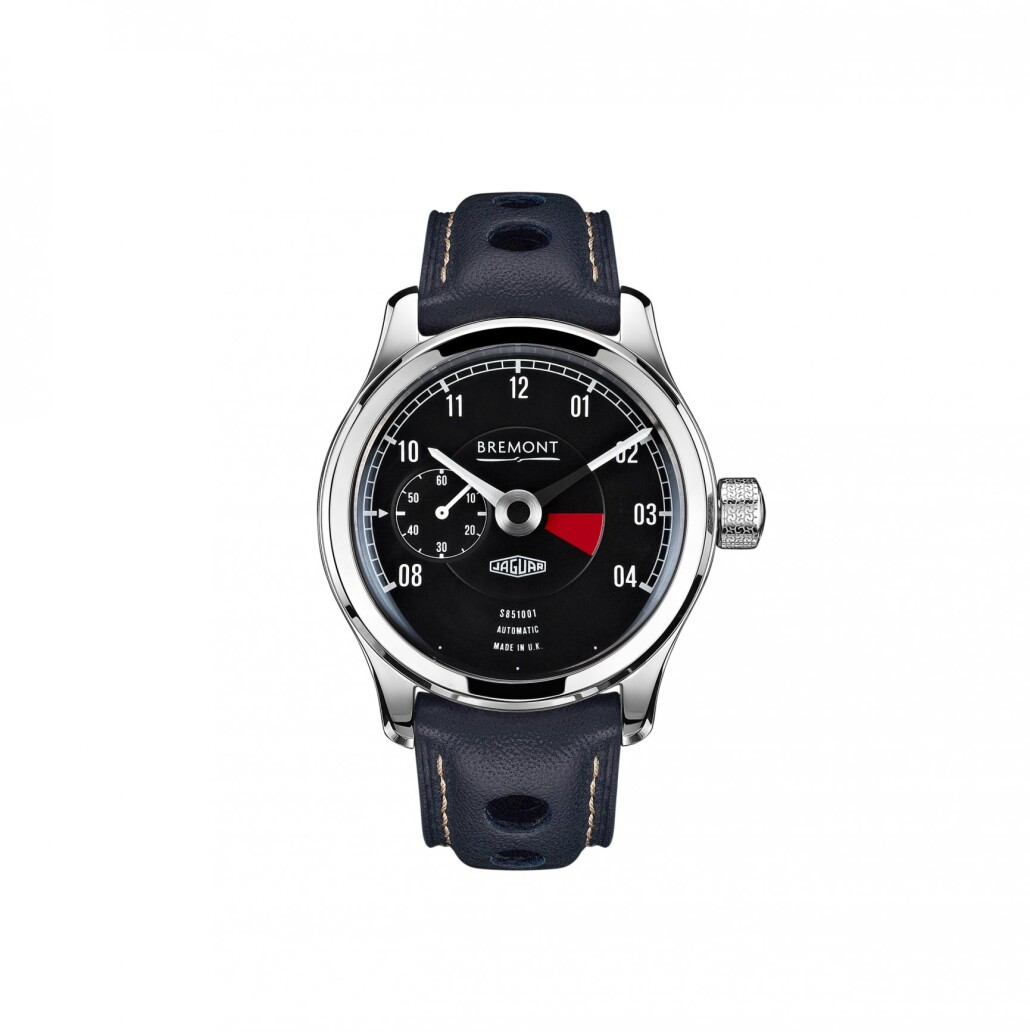 Bremont and Jaguar Team Up to Create Bespoke Wristwatch

Two of Britain’s most famous luxury brands, Bremont and Jaguar, have renewed their partnership to create a bespoke wristwatch for customers of the new Jaguar Lightweight E-type.

The watch is the first of six to be offered to Lightweight E-types owners that is directly inspired by the car, with its black dial based on the look of a Lightweight RPM gauge and featuring a subtle ‘red zone’ quadrant.

The central band of the watch’s white gold case is made from aluminium saved during the construction of the new Lightweight body panels and will be anodised to match the colour of the car.

Ian Callum, Jaguar’s director of design, said: “The Lightweight E-type project is so special that we thought we really needed to create something which complemented the cars and, since most classic enthusiasts also tend to be horophiles, a wristwatch seemed to be the answer.

“Bremont was the obvious choice as a partner, both because we have worked closely together in the past on the clocks for the C-X75 and XJ75 Platinum concept cars and because, like Jaguar, it is a quintessentially British brand.”

“We didn’t want a watch that was too obvious in terms of design, but something which captured the spirit of the Lightweight in a subtle yet relevant way and I think Bremont has certainly achieved that goal.”

Other nods to Jaguar in the watch’s design include a winding crown engraved with the pattern of the period-correct Dunlop racing tyres which will be fitted to the continuation Lightweights, and straps made from the same Connolly leather used for the interior trim.

The new Lightweight E-type has been built by Jaguar Heritage. The cars are the ‘missing’ six vehicles from the ‘Special GT E-type’ project, which originally started in February 1963 with the objective of building 18 cars.