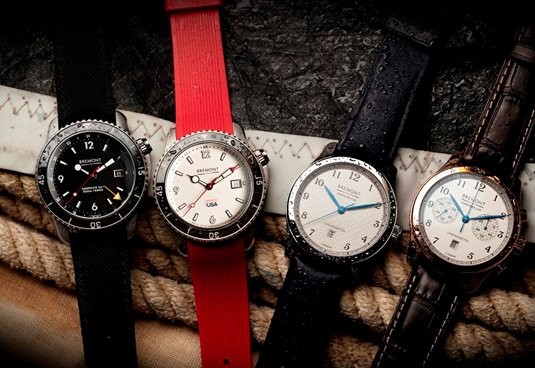 British luxury watch makers Bremont have launched a new collection of timepieces in celebration of the America’s Cup, which begins in Portsmouth United Kingdom this month.

The special edition Bremont America's Cup Collection was designed to mark Bremont’s new role as the first official British Timing Partner to the America’s Cup since 1851.

The series was unveiled at Bremont’s New York boutique during an exclusive event which also celebrated the opening of the company’s first standalone boutique in North America.

Founded in 1851, the America’s Cup has grown to become sailing’s most prestigious competition. The next America’s Cup kicks off in Portsmouth, United Kingdom later this month.

Bremont’s sponsorship of the prestigious event, which begins in Portsmouth, United Kingdom this July, represents the latest in a long line of nautical themed projects for the brand.

Previously Bremont has created the B-1 Marine Clock in tribute to English carpenter John Harrison, who invented the first successful marine chronometer in 1761, as well as the Bremont Victory, a classic limited edition timepiece manufactured using original copper and wood from the world’s only surviving 18th century warship, HMS Victory.