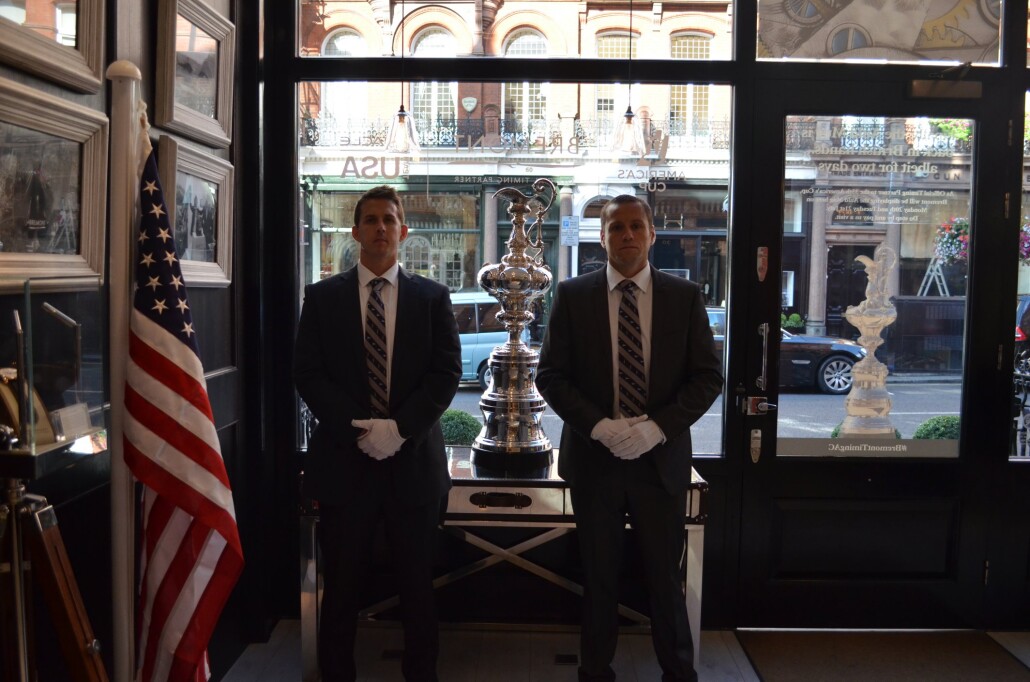 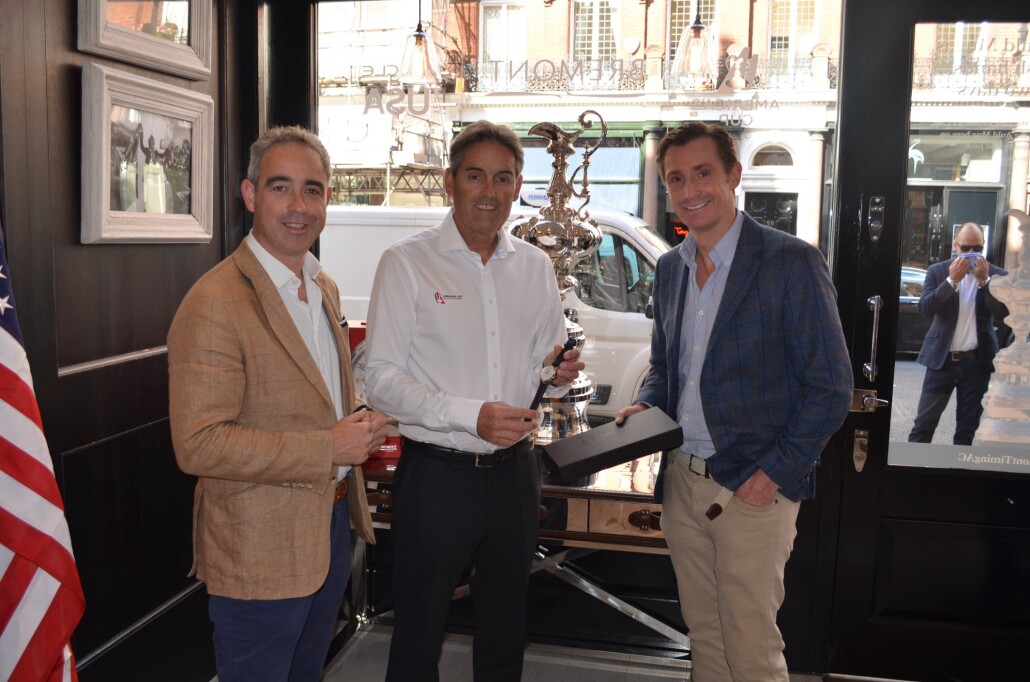 Glistening and resplendent in the window front of Bremont’s Mayfair watch boutique yesterday morning, the 164-year-old America’s Cup trophy cut an unlikely figure. But inside, all became clear.

There, surrounded by glass cabinets containing an array of dazzling timepieces, Giles and Nick English, founders of Bremont, stood alongside Russel Coutts, the most decorated sailor in the long history of the sport’s most prestigious competition.

Together they introduced the room of gathered journalists to the world's oldest sporting trophy before discussing the next America's Cup, which begins in Portsmouth this weekend and culminates with the finals in Bermuda in 2017.

Better known for their association with aviation, Bremont are to serve as Official Timekeepers of this America’s Cup. For Russel Coutts, who is now a key organiser and ambassador for the cup, they represent a perfect match.

“The brands fit each other really nicely”, he said. “We share the same values and passion for innovation and precision engineering and endurance, and the two companies are very much aligned. Also, if you look at Bremont’s products, there is that same degree of pride.”

Giles English, who co-founded the watchmaker along with his brother Nick in 2002, said: “It’s a great honour for a small company like us to be involved in such a global event. I think what really works is that we love history and love telling stories and the America’s Cup has such an amazing history.”

In addition to Bremont’s role as Official Timekeeper, the brand has also created an America’s Cup-inspired collection of timepieces, which was unveiled at their New York boutique earlier this month. It was a venture that led to an unlikely meeting between the Bremont brothers and American entreprenur Larry Ellison, owner of the Oracle Team competing at the America’s Cup, to discuss the designs.

“I think Larry Ellison and Russel Coutts felt the same passion that we felt, said Giles. “I trained as a naval architect and I’ve always loved boats, while Larry loves his aircrafts, so I think we sort of ‘got’ each other.”

“It was quite weird sending emails back and forth with Larry to get his views on designs. He’s got a great eye and was very instrumental in how the collection worked out. What is lovely is that it isn’t just about branded goods, it’s about making something understated and elegant – which is the way we do stuff – yet also making it a bit special.”

The opening day of America’s Cup racing takes place in Portsmouth this Saturday between six competing teams from around the world. British team Land Rover BAR, helmed by Ben Ainslie, will be bidding to become the first ever British competitors to win the trophy.