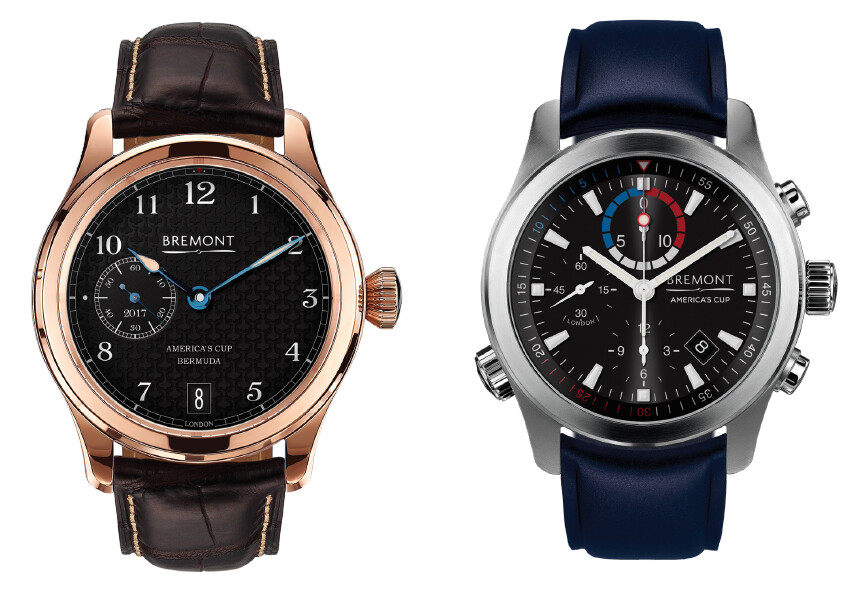 Bremont’s relationship with the America’s Cup continues apace with the brand’s launch of a new range of sailing-inspired watches.

Now in its third year of working with the America’s Cup Event Authority, the British watchmaker has developed two new additions to its sailing line-up ahead of this year’s AC35 grand finale, which will see the 35th America’s Cup come to a climax in Bermuda.

Following the launch of its Regatta watches in 2016 featuring added countdown functionality, the brand went on to develop two unique Regatta chronograph calibres and it has now augmented that by launching its third Regatta movement with the Regatta AC II.

Designed to be both highly legible and incredibly tough whilst at sea, the Regatta AC II is has been manufactured from hardened stainless steel. Furthermore, the watch’s convex sapphire crystal is extremely durable and has nine layers of anti-reflective coating applied to both sides of the glass for increased legibility.

The new timepiece also has a different configuration from those launched in 2016 with a customised 15-minute countdown disc in the 12 o’clock position combined with an integrated internally rotating bezel for additional timing functionality.

As well as the Regatta AC II, Bremont will also be launching a new AC 35 model, which will be made in a limited run of 35 rose gold watches, to mark next year’s final.

Designed to capture the timeless elegance of the J-Class of the 1930s, the AC 35 features bluesteel hands set against a black dial. The dial is also subtly embossed with very fine imprints of the America’s Cup trophy, the oldest trophy in international sport. Finally, the watch bears a ‘Bermuda’ mark to commemorate the 2017 final, which takes place in June.

Founded in 1851 off of the shores of Britain, the trophy known as the ‘Auld Mug’ was presented to the fastest boat to sail around the Isle of White. The schooner ‘America’ won and from then on the most iconic sailing competition in the world has been known as the America’s Cup.