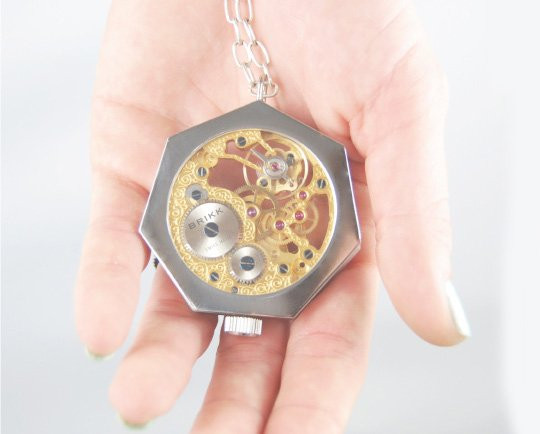 High-end design company Brikk has announced the launch of its Heptagon jewellery collection, inspired by the number seven.

Consisting of men's and women’s rings and pendants, each piece in the collection comes in a hexagon shape – which has seven sides, and is virtually unused in the jewellery industry.

Brikk decided to use this shape due to the number seven’s cultural, scientific and religious significance.

The collection has two editions: the Heptagon Standard and the Heptagon Deluxe. The Deluxe collection, the first to be launched, is made of the precious metals platinum or yellow gold and has diamond and black carbon coating options.

The pendant in the collection is termed 'horological jewelry,' and contains a fully functional Swiss made skeleton mechanical watch movement suspended between two pieces of sapphire glass and features nearly 81 grams of precious metal.

The Heptagon Standard collection, arriving in Fall 2012, will feature an expanded line crafted of silver at a lower price point.

Some of the most common associations with the number seven include the seven colours of the rainbow, the seven seas, seven continents, seven musical notes and seven days of the week.

Brikk designs and manufactures couture products and accessories for the technology, lifestyle, and fashion industries.