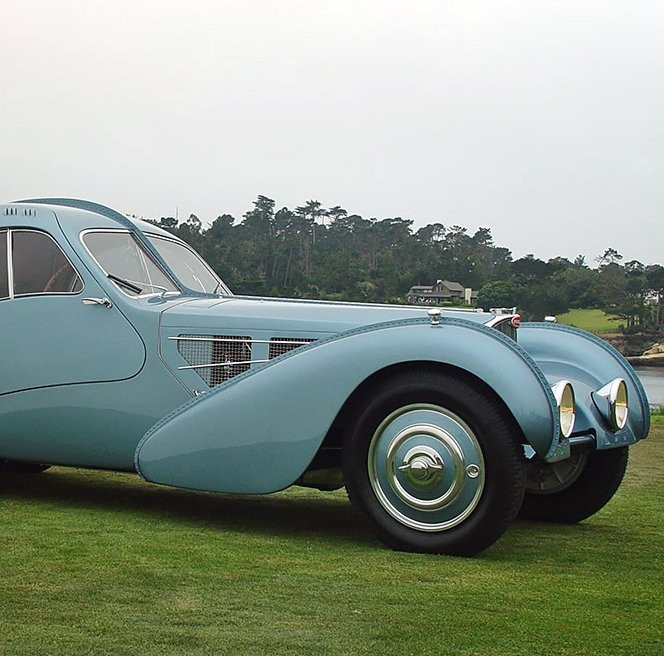 An extremely rare 1936 Bugatti Atlantic has sold at auction for between $30 and $40 million, breaking records for the most money paid for a singular automobile.

The Bugatti is a Type 57SC Atlantic, considered to be the most beautiful cars created and the winner of the 2003 Pebble Beach Concours d'Elegance.

The Bugatti 57SC Atlantic is coined as the epitome of French Deco styling, with an innovative design that features classic curving lines. The Bugatti 57SC models were designed using aluminium and external rivets to further the car's streamlining.

The exact amount paid has been kept quiet. Only four Bugatti Type 57SC Atlantic models were ever made; one is owned by Ralph Lauren and the car in question was owned by the late Dr. Peter Williamson, who established a large collection of rare Bugattis. It is believed that the iconic car was sold to the Mullin Automotive Museum in California.

Brokered by Gooding & Company the auction smashed the record for the most valuable car ever sold, beating the 1957 Ferrari 250 Testa Rossa, which sold for $12.2 million in Maranello, Italy in May 2009.

David Gooding, President and founder of Gooding & Company commented: "I am extremely pleased to have found the new buyer for the 1936 Bugatti Type 57SC Atlantic, one of the world's most significant and valuable automobiles that has been in a private collection and rarely seen during the past four decades. It has been a great pleasure to work with the Williamson Family and Trust in this important endeavor."