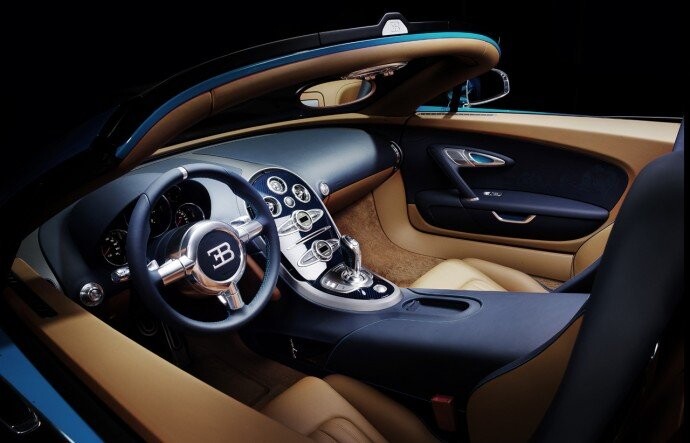 French supercar maker Bugatti has used the 2013 Dubai Motor Show to unveil the latest in its six-part series of special edition Veyron models dedicated to key figures from the brand’s history.

Constantini twice won the Targa Florio open road endurance race in a Bugatti Type 35, one of the most successful racing cars ever made.

Like the first two editions of the Legends series, the Costantini edition is powered by a quad-turbocharged 8.0-litre W-16 producing 1,184 horsepower and 1,106 pound-feet of torque. The car can reach a top speed of 233 mph and go from 0-62 mph sprint in 2.6 seconds.

The body shell is made primarily out of carbon fibre whilst the wings, doors and corners of the front bumper are all rendered in aluminium with the rest of the bodywork painted in a light shade of blue similar to the Bugatti Type 35 race car which Costantini raced.

To commemorate Costantini’s victories at Targa Florio, a silhouette of the race course is painted on the underside of the rear wing along with his signature laser etched into the aluminium tank and oil caps and painted in silver.

All three units of the Costantini edition series are priced at €2.82 million ($2.09 million).